‘Hearthstone’: Competitive card games are back 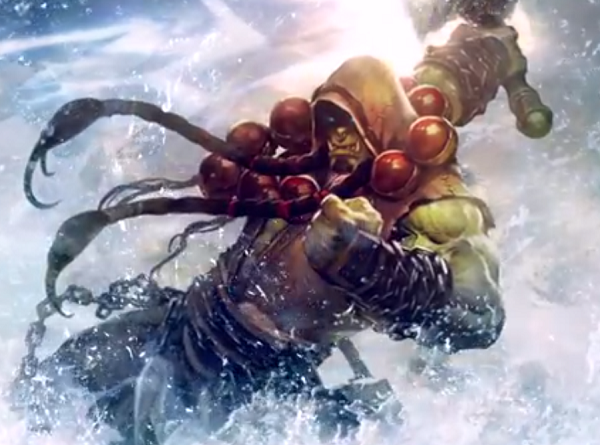 Screenshot by Will Nacouzi/The Skyline View

Blizzard, arguably the most dominant developer of computer games in business today, has added a new game to their stable of champions: Hearthstone. While still in its beta phase of testing, the waves being stirred up by this online competitive card game are rising higher and higher on a daily basis, and for good reason.

The working title of the game, Hearthstone: Heroes of Warcraft, emphasizes content connections between this newest addition to Blizzard’s roster with the prototypical massively multiplayer online (MMO) game, World of Warcraft. Blizzard, which is credited with shaping the MMO genre as we know it, has taken characters from its extensive Warcraft mythos and created a very entertaining and highly addictive competitive card game in which players choose between nine heroes from Warcraft’s storied history.

Each deck, and the hero linked to it, is based upon a particular style of gameplay. Each has its own particular strengths and weaknesses, and there are cards that can only be used by one type of player. If a player decides they want to play as a shaman, they will pick the character Thrall (the former warchief of the horde) and build a deck from two specific sources: The cards available in the shaman deck, and the cards available from the neutral deck. The more you play Hearthstone, the more cards are unlocked.

In the beginning of the game there is only one deck that is available, the mage deck. The face of the mage deck is Jaina Proudmoore, one of the Alliance characters from the Warcraft series. Players are required to play against every type of deck in the game in order to unlock said decks for future use. So if you want to be able to play as Grommash Hellscream’s warrior deck, you have to play against it and defeat it. Once a deck has been unlocked there are a limited amount of cards available from the get-go. In order to complete the “basic” collection for each deck, players will have to use each deck a number of times in order to “level up.” Once a player has reached level 10 with a particular deck they will have access to every basic card in the deck’s repertoire. But this wouldn’t be a Blizzard game without an obsessive catch.

Along with the “basic” cards in the game there are “expert” cards. These can be obtained in a number of ways. Packs of five can be purchased in-game with “gold” won from completing daily challenges, or purchased via microtransactions from Blizzard’s battlenet web site once a credit card has been put on file. There are a total of 446 cards in Hearthstone, ranging from the ever-present common cards to the highly sought-after legendary cards. One of the benefits of the game is that you can “disenchant” cards that you don’t want to keep and you’re rewarded with a set amount of “arcane dust” for destroying said card. Once enough dust has been saved up it can be used to craft a new card. The dust received for destroying a card ranges from five to 400, while the cost for crafting a card can range from 50 to 1600.

When all is said and done, Blizzard has done an amazing job with Hearthstone. Since the game is still in its beta phase, there are still changes being made to gameplay and card values, but this does not take away from the overall experience of the game. Fans of the Warcraft series, as well as those familiar with Magic: The Gathering, will not be disappointed with this game.

But be warned, the money spent on buying card packs adds up very quickly.