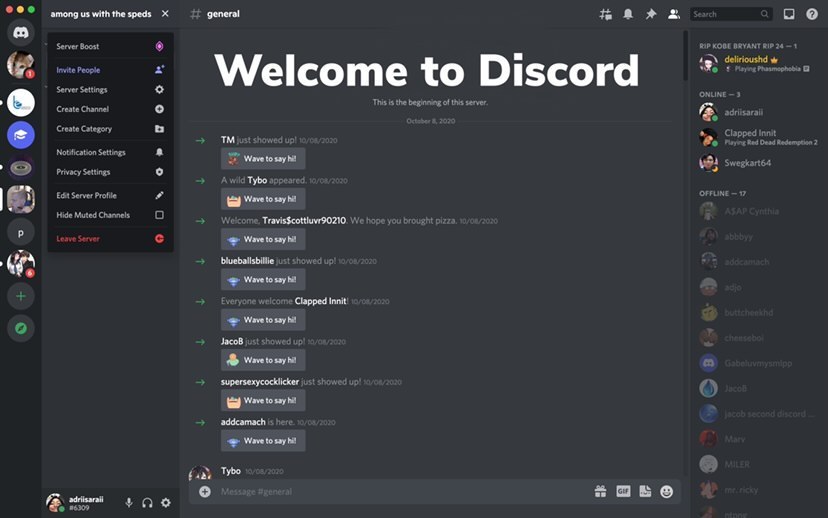 Discord is an online chatroom with over 300 million registered users.

LegendsofWarcraft78 spends the day furiously pounding his greasy controller in his parents’ garage. Socially deprived, he patiently waits for his next victim to join the chat room. So-called trolls like LegendsofWarcraft78 often come to mind when people think of the online gaming community. How much of that stereotype is true?

Toxicity in gaming is familiar to Courtney-Lane Holman, a student at Skyline college who partakes in various gaming communities.

“So, I play mostly on a PC, and all of the communities I have been a part of were all PC game communities,” Holman said. “As of right now, I mainly play Riot games, such as League of Legends, Valorant, and TFT.”

Riot Games are free-to-play competitive online games that are said to be for hardcore gamers. League of Legends is a 2009 multiplayer online battle arena game, and Valorant is a popular FPS game that was released this past year. The main games where Holman has been introduced to toxicity are CS:GO (Counter-Strike: Global Offensive) and Valorant.

“Someone could be silent the entire game, but once they hear a female talk in voice-chat, that is when the harassment will begin,” said Holman. “ … I get a lot of backlash simply because of my in-game name. These people have no idea about my gender or how I identify, but simply because they perceive it as a feminine name, they will typically comment on it.”

Holman explains that harassment in gaming is disproportionately targeted towards women. This toxicity creates a narrative that excludes and ostracizes women in the community.

“Some people will just straight up tell me that girls don’t play video games unless they are “ugly”, or that I sound like a man, or that it makes sense that I am bad because I am a female,” said Holman.

However, this toxicity extends beyond attacks on her femininity.

“Others are simply toxic because they make me uncomfortable,” said Holman. “[They tell] me they will let me win if I add them on social media or do XYZ, or make other invasive comments towards me. I still consider this as toxicity that is relevant in the gaming community, because it makes it harder to feel comfortable in that space.”

On the other hand, Anthony Martin, a student from Canada College, is someone that does not participate in online gaming communities partially due to its exclusionary and toxic nature.

“I don’t really like how toxic it can get,” Martin said. “A lot of really harsh things can come up and people can be isolated quite quickly.”

In terms of online gaming communities, Martin and his friends tend to not involve themselves in online chatting because they just want to enjoy the game. He notes that community gaming can be either fun or downright toxic depending on the people in the chatroom.

“You can run into a really good group of people and then you can also have the complete opposite,” Martin said. “It’s unfortunate; that seems to be how these gaming communities are.”

This uncertainty deters Martin from partaking in these communities. Meanwhile, there are also gamers like Dylan Young, a student at Skyline College. He has been playing PC games his entire life, mainly League of Legends, and was a part of the toxicity culture 8 years ago. Since then he has learned to mellow down and focus on advancing in the game.

“Learning to mute people has helped improve my performance, as well as state of mind,” said Young. “Sure, sometimes I am still toxic, but I think it’s a large part of the gaming culture. The challenge is to not take things too personally and try to see things as banter. If I don’t think I can handle the toxicity, I just mute people.”

Young thinks that sometimes people make the mistake of being toxic in a game and that the game serves as an escape from problems in the real world.

“Sometimes, people forget that they are playing with other people, so they say things they wouldn’t say in real life,” Young said. “That’s just how I see it. It’s not okay to be toxic, but it happens, so I can’t do anything to stop it.”

Students like Chance Nix, a student from the College of San Mateo, use online gaming communities as a way to help them avoid personal problems.

“What got me really into [gaming communities] was when my parents split up when I was 9. I had just gotten into Call of Duty,” said Nix. “It was sort of my main coping mechanism.”

Nix reiterates the stigma surrounding Riot Games and how they have developed a toxic community.

“The main game that I play is League of Legends. The main company is Riot Games, the game is toxic and they are trying to address the issue, but failing miserably. It’s pretty toxic overall.”