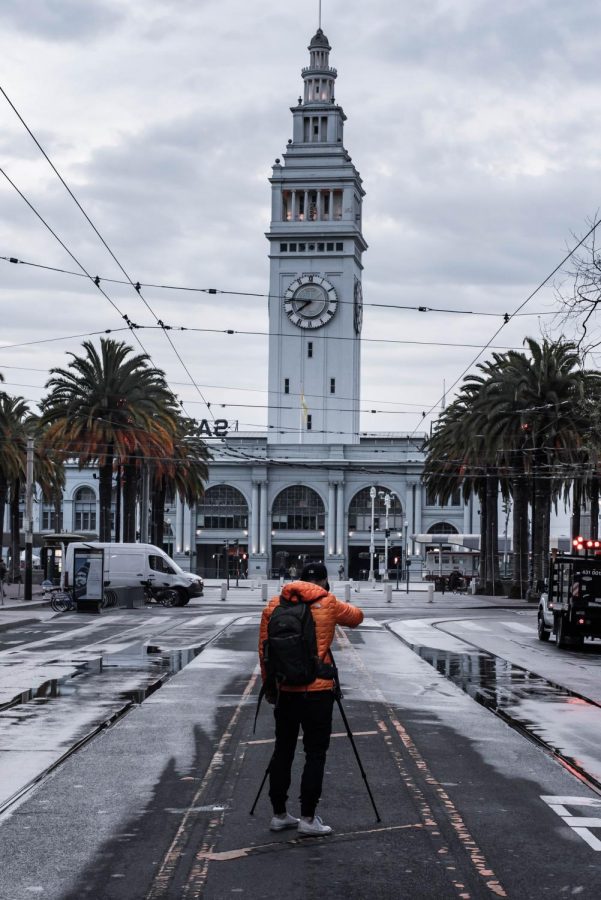 No matter your opinion of San Francisco, the city has an uncanny way of feeling alive. With the busyness of workers in the Financial District or the lights and energy of districts such as the Castro, you’d never think this city would ever lose the life and vibrance it’s known for. But with the COVID-19 epidemic and the city’s and neighboring counties’ lockdown orders, the city of lights turn its towers to cold reminders of how small and alone we are.

The mornings usually holds so much energy, with businessmen walking to work, small and big businesses opening shop and joggers on their morning stroll. Now only seeing security guards, necessary shops, and those who don’t have the luxury of working from home. The streets where cars would bring noise to this already loud city are only lined with a handful of drivers mostly consisting of public service workers. The streets are so baron that the few pedestrians can cross a street without the pedestrian lights or even a crosswalk.

With a city now sucked of most of the life it once had, feeling small is all you can feel walking along the city’s massive towers or empty storefronts.

But because of the lower traffic of people and cars, artists come to the streets to create with less boundaries. Many photographers now can stand in the middle of the street and capture the amazing lines and curves of the city streets. And a handful of musicians can be heard playing their hearts out with no one to judge them.

Alongside the artists who are taking their chance, a few small shops are still open\; the fairy building’s flea market is still open and there you can still feel the city’s still got life in her even through this troubling time.

This lockdown has greatly affected our daily living, from not being able to leave the house as much to making a city lose a bit of its vibrance. But with a city like San Francisco, the city of lights still’s kicking. Even with the feeling of isolation and insignificance, there’s still life, you just need to look.