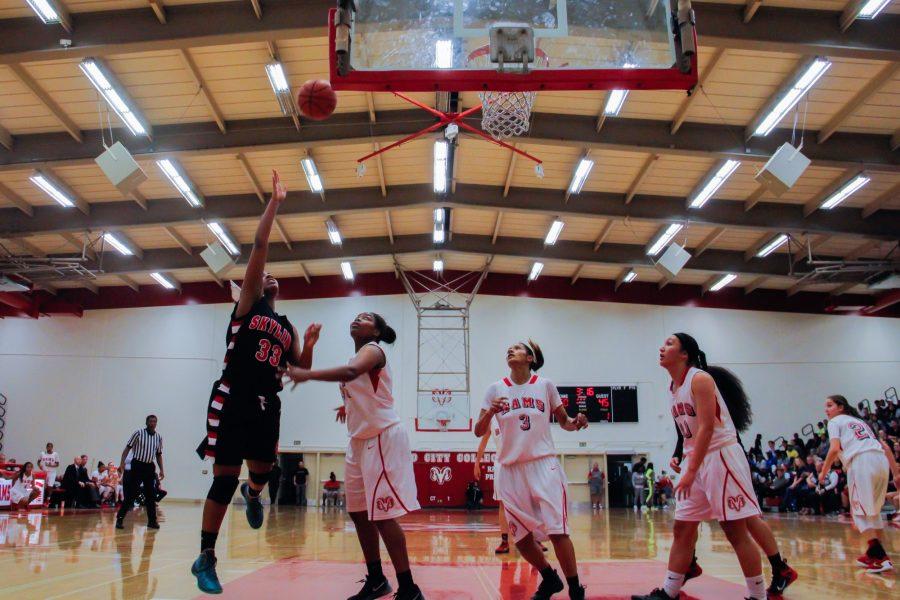 Being ranked at the bottom of the preseason polls, Skyline’s women’s basketball team entered the season with a chip on their shoulders.

Finishing the regular season with a 17-11 record, the team had positioned themselves to make a playoff run. Preseason polls had Skyline ranked 15 in the Northern Region. The team had no votes of consideration for the best team.

By Feb. 15 the team had been dropped from the rankings all together, in spite of their 16-10 record.

They were overlooked despite holding a better season record than three of the top 15 ranked teams in the North Region. Skyline proved the rankings were false by knocking off then 11 ranked American College (79-58) in the first round of the playoffs. Forward Stephanie Allen led the team with a double double by scoring 23 points and grabbing 11 rebounds.

In the second round of the playoffs, Skyline saw the end to their season as they lost to North Region powerhouse Fresno City College (83-63). The team looks to build off of their playoff experience and cement themselves as contenders.

Sneaking into the playoffs was a step but making some noise will further separate them from the pack.