The Skyline View • May 6, 2022 • https://www.theskylineview.com/sports/2022/05/06/baseballs-unwritten-rules-continue-to-embarrass-the-sport/ 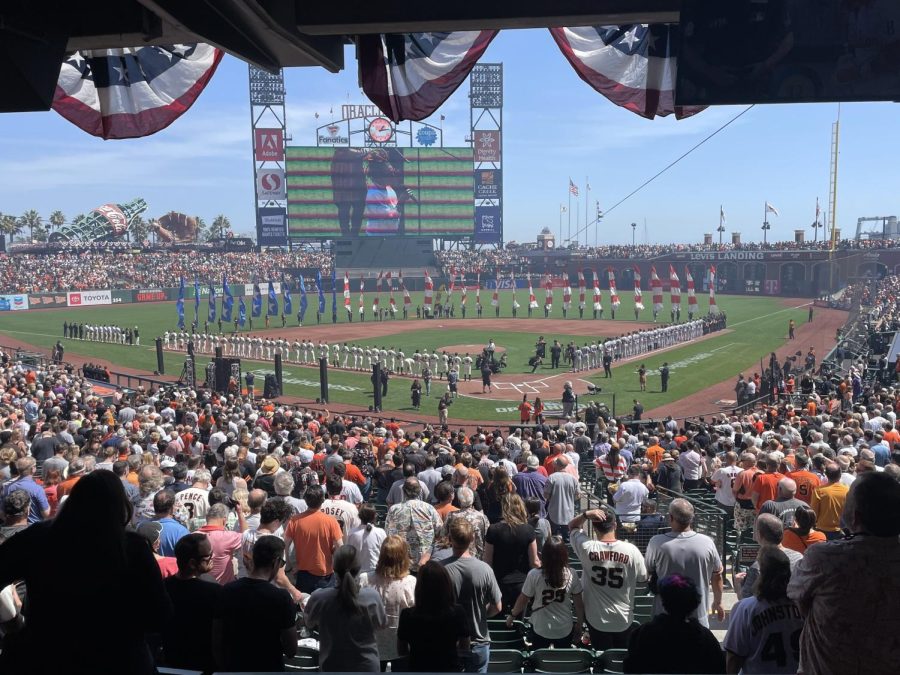 Baseball's unwritten rules continue to hold the national pastime back from being even more popular.

Every once and a while, the sports world is exposed to another meaningless debate about baseball’s unwritten rules. There are fiery opinions between traditionalists and coming-of-age thinkers, and their sentiments never really solve any issues nor make any progress at all.

Simply put, these unwritten rules are a menace to the game and an insulting look for organizations that pride themselves on being competitors and top-notch athletes with very little to bother them.

The debate resurfaced on sports pages across the Bay Area after an April 12 matchup between the San Diego Padres and the San Francisco Giants. The Padres were trailing 11-2 in the sixth inning when Giants infielder Mauricio Dubon bunted his way aboard first base for a single. The move, which was viewed as running up the score, angered the San Diego bench as the look of disgust filled the faces of numerous coaches and players.

For what it’s worth, they can stay upset.

The audacity of the Padres to be upset in this situation is astounding. How can a team — full of big-league players that are the best in their high schools, cities, and counties— be so butthurt over such a harmless action? As a club on track to lose the contest by a huge margin, their complaining was uncalled for and undeserving. You don’t have a say if you lose by nine runs in baseball, that’s all there is to it.

What is the leading team supposed to do? Roll over and die? Wait for the other team to catch up? Historically, teams with large leads usually take out their regular players and replace them with scrubs. More notably, they start playing an abbreviated version of baseball, one far less aggressive to show respect to the other team.

The ridiculous nature of this unwritten rule continues to be attacked at the national level — and rightfully so. It’s a travesty that teams aren’t allowed to stack on as many runs as possible, yet it doesn’t happen so feelings don’t get hurt.

In the most respectful way possible: If you don’t like it, play better.

Another unwritten rule in baseball that has received a lot of attention over the last few years has been the art of bat flipping. After a hitter connects on a no-doubt home run, they tend to flip the bat in a flashy celebration. In years past, this action has tugged on the feelings of the opposing club and the pitcher who surrendered the long ball.

Again, the same methodology is valid for this situation as well: If you don’t like a player bat flipping against you, don’t give up a home run in the first place. Easy, right?

These fiery conversations about bat flips and meaningless bunts are exactly the reason why baseball is behind the curve. The argument could be made that the sport is third-wheeling behind basketball and football when it comes to the ratings. Unlike the other two, baseball is stuck in the past in numerous different ways. It’s consistently a sport that stands in its way.

The main priority for Major League Baseball should be to attract younger fans. However, it’s an impossible task if the game hasn’t evolved yet. There are strategies and random “gentleman agreements” that have delayed baseball’s evolution, many of which were established nearly 100 years ago.

There are so many ways to fix these problems and they start with abolishing the unwritten rules of baseball. And if the old school minds have any criticism for that move, the response to them would remain straightforward.

If unwritten rules were important, they’d be written down. Until then, they’ll be the sport’s kryptonite and a never-ending shuttle into past baseball etiquette that shouldn’t exist anymore.