Why did Deebo Samuel request a trade? 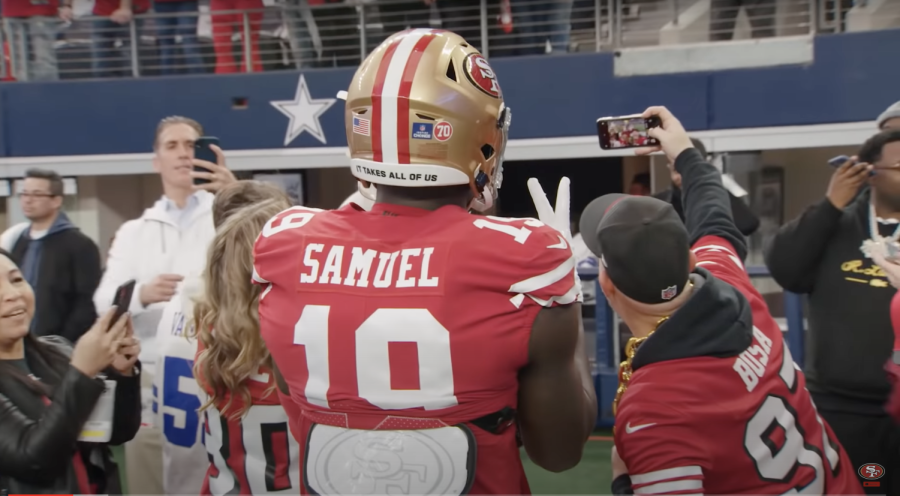 Deebo Samuel requested a trade from the 49ers in an unprecedented turn of events.

Deebo Samuel has requested a trade from the San Francisco 49ers. This comes after spending the first three years of his career with the team. Deebo had a phenomenal season last year recording more than 1400 receiving yards and an outstanding eight rushing touchdowns.

Deebo requested a trade out of San Francisco last week, but why did he do it? There are many questions about this. One thing that may have caused this is he is wanting a big contract and wants to be the highest-paid wide receiver in the league.

Another reason why is the comments that the 49ers fan base made towards Deebo. Samuel has said that he has gotten death threats and racist comments toward him. This happened because he still hasn’t signed his contract extension with the team.

One more reason why he could have requested a trade from the team is the way the 49ers are using him. Deebo is a wide receiver and wants to stay that way. The 49ers were using him in running plays and catching plays.

The 49ers General Manager John Lynch said Monday that “he can’t ever imagine wanting to move on from Deebo Samuel.” With the upcoming NFL draft days away, you never know what will happen.

It’s reported that the New York Jets are willing to trade the 10th overall pick in this year’s draft for Deebo, which would be great for the 49ers because they will be able to add a young player that will cost much less than what Deebo is wanting.

If the New York Jets are willing to make a deal with the 49ers, I would make the Jets add a player in the deal, perhaps a young wide receiver like Elijah Moore. This means the 49ers would be getting the 10th overall pick in this year’s draft and Moore in exchange for Samuel.

Deebo and the 49ers are the only ones with all the answers and we will have to wait and see what happens.