The Warriors are looking for a deep playoff run 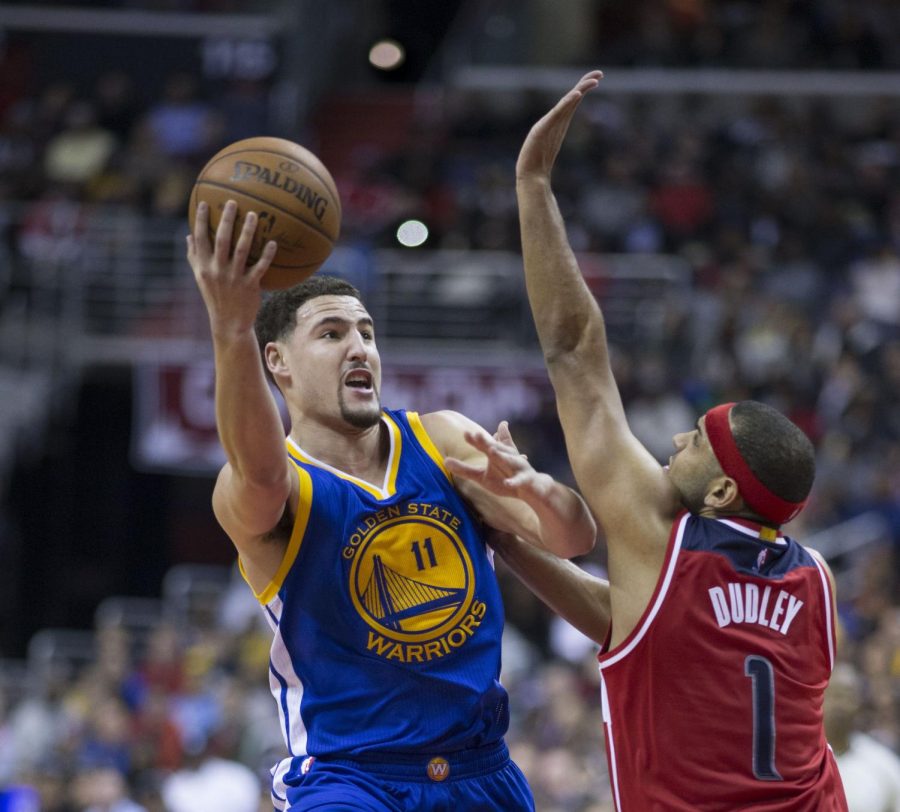 Klay Thompson goes for a layup against Jared Dudley.

We are less than a month away from the start of the NBA playoffs and the Golden State Warriors currently stand in third place for the Western Conference.

The Phoenix Suns stand alone on top of the division and it’s looking like no other team would be able to catch up to them. They have an eight-game lead over the second-place team, the Memphis Grizzlies, and a nine-game lead over the Warriors.

As long as the Warriors can keep playing and winning games, they will stay away from the play-in tournament. In which, the teams in seventh to 10th place play one game to see who will make the playoffs. Teams in first to sixth place are guaranteed a playoff spot.

Fans are eager for the return of James Wiseman, who hasn’t played this season due to an injury he suffered last season. Wiseman stands 7 feet tall which is what the Warriors lack in size. Wiseman is currently in the G-League playing for the Santa Cruz Warriors as he prepares for his return.

Recently, the Warriors lost their best player which would hurt them in their run for the playoffs. It was announced by the team that Stephen Curry would be out indefinitely due to a sprained left foot. But the team expects for him to be back by playoff time.

The player that would fill the role while Curry is out is Jordan Poole. Poole has been outstanding all season long and he is not going to stop anytime soon. He currently averages 18 points per game and has stepped up whenever the team needed him.

The future is bright for the team for seasons to come. As long as the Warriors can keep the players they currently have on the team, the team would be looking scary for years.

The Golden State Warriors are looking to bounce back from all of the injuries that have happened and look for a deep playoff run.