There’s no shortage of franchise stars in the Bay Area

The Giants, Warriors, and 49ers all have longtime fan favorites still producing 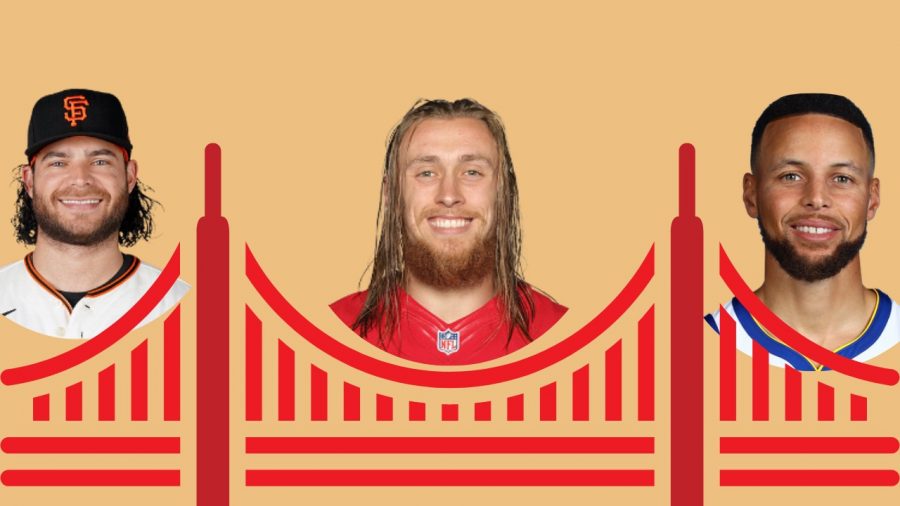 The three-headed monster in the Bay Area is rich with talent.

The importance of sports to the people in the Bay Area is second to none. There have been many successful teams throughout the past several decades in Northern California.

The 49ers made it to the Super Bowl twice in the past 10 years, the Giants won the World Series three times in five years between 2010 and 2014 and most recently, the Golden State Warriors won three NBA championships out of four years from 2015 to 2018. All these teams have had many faces of the franchise and some have been there for many years, continuing their high-level production.

In today’s sports world, it is very rare to see players stay over 10 years with a team. Loyalty and competitiveness are engraved in these types of players and these are two characteristics of the hometown kid from Mountain View, Brandon Crawford.

As the shortstop for the San Francisco Giants, Crawford has been instrumental for the organization and has played a key role for the 11 years he has played for the team. He was drafted by his boyhood team in 2008 and debuted for the Giants in 2011. In his 11 years with the team, he has 130 home runs and 654 runs batted in, also serving as a fan favorite for many.

He won two World Series championships in 2012 and 2014 and came up with huge moments to contribute to those efforts. His defensive ability at the shortstop position has been one of the best we have seen in baseball. At the age of 34, he is still showing his supreme talents, recording four first-place votes in the 2021 National League MVP race.

Crawford set a franchise record this season by playing the most games at shortstop in Giants franchise history. He has shined when the lights have been the brightest and have produced many clutch moments in the orange and black.

Giants fans will always remember the grand slam Crawford hit in the 2014 Wild Card Game in Pittsburgh against the Pirates, a moment that ultimately led the Giants to the World Series. His double play with Joe Panik in Game 7 of the 2014 World Series in Kansas City will always be special, too. He also earned his fourth Gold Glove this season at shortstop and agreed to a 2-year contract with the Giants to stay in San Francisco through 2023. His stellar play throughout his career has done wonders for the Giants and will continue to do so.

The Golden State Warriors found their gem through the draft in 2009 with the 7th pick.

Stephen Curry has become one of the best players the NBA has ever seen and there were many doubters at the beginning of his career. It was not an easy ride to the top as he dealt with many ankle injuries in the early stages of his career. As he started to build up his body, he started to become a household name after the 2013 Playoffs.

After the season, the franchise knew they had a star in the making. After a heartbreaking Game 7 loss to the Clippers in the first round of the playoffs, things needed to change. The Warriors fired Mark Jackson and brought in Steve Kerr to be the new head coach. Curry’s resume has become very impressive and has been everything the Warriors have asked for.

He has three NBA Championships, two NBA MVPs, seven All-Star appearances, and four All-First NBA appearances. Most recently, he was announced in the top 75 players of all time in the NBA. He is also very close to breaking Ray Allen’s record for most three-pointers of all time and will soon be the only player to have over 3,000 three-pointers in their career.

Curry has revolutionized the game forever and his impact on the game of basketball will be one of the greatest things that have ever happened. He has brought the three-point shot to a whole different level. Everywhere you go, you see kids throwing up threes like Curry, or turning around before the shot goes in. The college, high school, and AAU levels of basketball have been forever impacted by the way Curry plays. The three-point shot in today’s day and age is needed.

In 2010, the Warriors were worth $450 million. They are now worth $5.6 billion in 2021. A huge part of that is the success SCurry has brought to the table. He will forever be cherished in the Bay Area for bringing the franchise to the glory days and building a dynasty.

The “people’s tight end,” known as George Kittle, was a diamond in the rough the 49ers drafted in 2017 with the 146th pick in the 5th round and he has been worth every penny.

A franchise very rarely has the face of their franchise being a tight end, but Kittle is one of the exceptions. Everybody that has seen him play the game, adores him unless they are on the other side of the football.

One of the cornerstones and most exciting players in the NFL has already put a stamp in the record books as he broke the mark for the most receiving yards by a tight end in a single season with 1,377 yards. This record was broken two years later but Kittle displayed a historic season and showed his potential in only his second year in the league. Moments he has produced like his one-handed touchdown grab against the Raiders or his 4th down catch to win the game against the Saints are two plays that all 49ers fans will remember when they think of Kittle.

The two-time pro bowler and All-Pro has dealt with several injuries in the last couple of seasons, but that comes with his hard nose running mentality from his days at Iowa. He has been a huge part of the way Shanahan runs his offense and can trust Kittle with anything.

Kittle has also become one of the best run-blocking tight ends in the league and has been noticed pancake blocking several people. The highlight reel has been very fun to watch for George Kittle and the only thing that can stop him is his health. The fans love him and could not have asked for a better player at the position. Kittle also extended his stay in the Bay Area last season with a 5-year, $75 million contract.

The Bay Area faithful are in great hands for many years to come as the teams are firing on all cylinders right now. The Giants look ahead to another season after breaking their franchise record for wins, the Warriors look to get Klay Thompson back to accompany the franchise man, Steph Curry, and the 49ers look to continue their impressive performances in the later stages of the season.