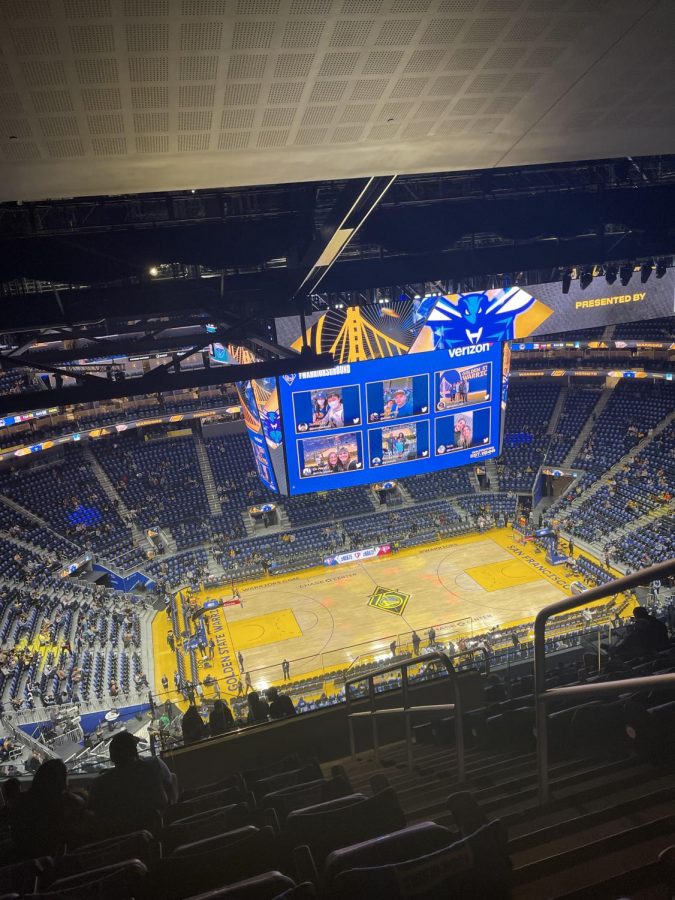 The home crowd at Chase Center has played a great deal in the team's success.

The Golden State Warriors led by veterans, Stephen Curry and Draymond Green, are off to a fiery start to the 2021-2022 season. The Warriors are currently 8-1 and making a bunch of noise in the daunting Western Conference. With big wins against the Los Angeles Lakers and Clippers to start the season, many heads were starting to turn their attention to the Warriors. It seemed as though the Warriors were clicking on all cylinders.

Most recently, the Warriors took on a young and upcoming Charlotte Hornets led by Lamelo Ball on national television. In what was arguably the most convincing win of the season, the Warriors went on to win 114-92. A game where Curry did not shoot the ball well was not a factor due to Jordan Poole’s play on the offensive end where he tallied a season-high 31 points on 11-21 shooting. Gary Payton II has shown great signs of maturity and his defense has been very impressive. One of the main reasons the Warriors won against the Hornets was because of his play as he finished with a +18 plus-minus.

Many games last season were either won or lost depending on the play of Curry, their franchise player. Teams were starting to figure out there was no stand-out number two option on the team and would bottle him up in the second half of games. With the well-waited emergence of Poole, he has been showing signs of being a go-to option when Curry is struggling to shoot the basketball. The bench was a major problem and was always banged up. Bob Myers, general manager of the Warriors, went out and got some very key pieces to solidify the roster for a championship run.

A big improvement has been made throughout the whole team and it all starts with the recruitment in free agency. The veteran leadership of Nemanja Bjelica, Otto Porter, and Andre Iguodala was an area that was well needed after a roller coaster year. These three signings have been some of the standout players and will play a very big impact throughout the rest of the season.

Curry and Green are the two leaders of this team and they have been playing some great basketball on both ends of the floor. Curry is averaging over 25 points a game and 6 assists per game but has also looked very good on the defensive side, where he has usually been a player that has been targeted by the opposition. Green’s offensive ability has been underlooked because of his stellar play on the defensive end. His playmaking ability is what has made this offense so efficient where he is averaging over 6 assists. The league-leading defensive rating belongs to the Warriors and Green is the anchor that holds this team together on that end of the court.

One of the best two-way players in the league, Andrew Wiggins, has been under the radar so far but is averaging over 15 points per game and has consistently been one of the top perimeter defenders in the league. An aggressive Wiggins on the floor will most of the time bode well for a very exciting Warriors offense. The former 1st overall pick will not have to be tasked with a heavy workload now that Jordan Poole has taken the weight off his shoulders. This team has a great amount of potential with what they have shown so far but they will be getting some reinforcements in the next month or two.

The second pick in the 2020 draft, James Wiseman, is recovering from a meniscus injury in his right knee that ended his rookie campaign early last season. He has been recently cleared to begin full practices for the team which is great news for the Warriors as he will be back in the near future. The long-awaited return of one of the greatest shooters to ever play the game, Klay Thompson, has been getting ready to come back to the Warriors and has ramped up his recovery process. He has been shooting the ball in pregame, doing several workouts and a return can happen in January. The best backcourt in the league will soon be reunited and this will only get the Warriors even more depth.

Thompson’s return means the world to this squad and his presence back on the court will give them a great boost. He is arguably one of the best two-way players to ever step on the court because of his lethal shooting and his ability to guard anyone on defense. If the Warriors keep up the great start to the season and get healthy, the sky’s the limit for this team.

The Warriors started the season on fire, many of these games might have been lost if they were played last season due to all the injuries throughout the year. This season’s team has firepower all over the place and if everybody stays healthy, they can cause a good amount of damage in a very tight and powerful Western Conference.

Every win means so much in the West, with fans being back in the stadium, all these wins will matter for seeding in the playoffs to try and get home-court advantage. With Thompson and Wiseman set to return soon, the team will need to be able to adjust and if the chemistry is found, this team will have a serious chance to make a championship run.