49ers looking for more after Week 2 victory against Eagles 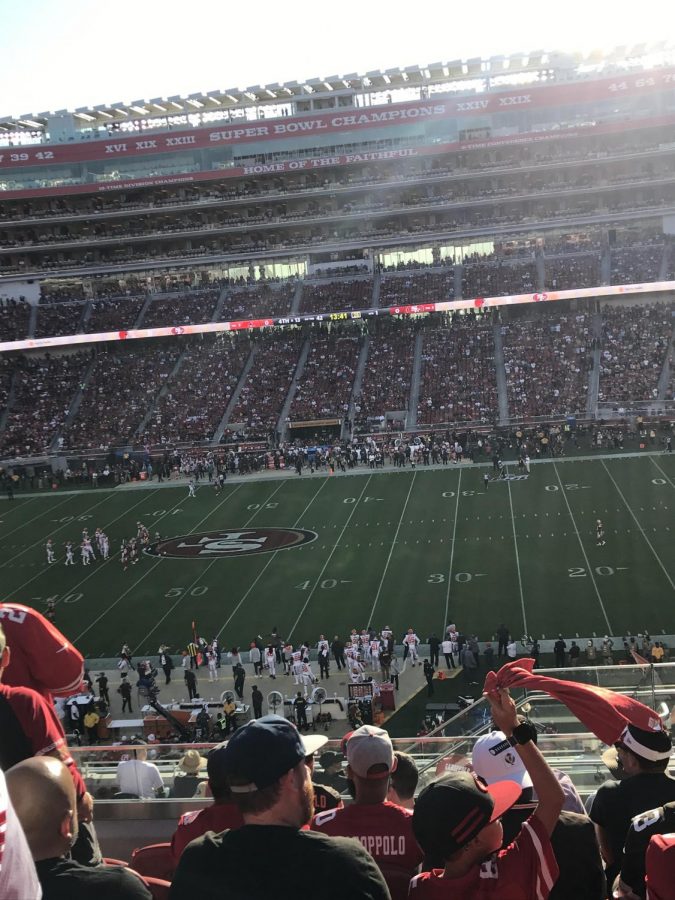 Levi's Stadium, home of the San Francisco 49ers, will have fans for the first time since early 2020.

The San Francisco 49ers (2-0) just came off an exciting game against the Philadelphia Eagles (1-1). This was a defensive battle that came down to the final quarter. The 49ers are now looking forward to facing the Green Bay Packers on Sunday Night Football. A rivalry that has gone on for many years will be renewed under the bright lights, as both teams are coming off of wins and look to get the better of each other.

During their Week 2 matchup, the 49ers were off the scoreboard until the 12-second mark of the second quarter, but it was not enough to stop them from getting the 17-11 victory against the Eagles. Quarterback Jimmy Garoppolo would seal the deal with a touchdown-pass, during a 97-yard play drive.

The 49ers should come out on top in this matchup against the Packers. The defense did a solid job limiting Eagles quarterback Jalen Hurts to 12-for-23 on passing attempts and just 190 yards. Garoppolo explained the impact of the Eagles’ defense after the game.

“Their defense makes you earn it,” Garoppolo told the 49ers media after the game. “Their front is as good as it gets.”

The 49ers also had help from the special teams. Javon Kinlaw made a big play and blocked a field goal in the first half against kicker Jake Elliott. San Francisco’s defense was good as well, holding the Eagles to three points in the first half. A goal-line stop changed the whole momentum of the game as San Francisco stopped the Eagles on the one-yard line. The Eagles tried the famous “Philly Special” and it did not go the way they wanted it to.

Nick Sirianni, head coach of the Eagles, felt the red-zone calls on fourth and goal were not effective. In the second quarter, the play calling varied and resulted in incomplete passes, a loss of yards, and limited rushes.

“I don’t think I called good plays in that area (the red zone),” Sirianni told the media after the game. “My fault.

The stingy defense the 49ers produced against the Eagles was a breath of fresh air for the fans because of the near-comeback the Detroit Lions threatened last week. It almost felt like a vintage 49ers victory, where the defense is the catalyst of the game and the offense puts up just enough points to come out with the victory.

Green Bay has just come off a blowout against the Lions (0-2) on Monday Night Football, where they won 35-17 and are now 1-1 in the season. Quarterback Aaron Rodgers had a very stellar performance going 22 of 27 for 255 yards and four touchdowns. The Packers went into halftime down 17-14 and outscored the Lions in the second half 21-0 and made some crucial plays on the defensive side of the ball.

49ers’ just signed running back Jacques Patrick from the Bengals practice squad, and he’s set to take the place of the injured Jamychal Hasty. There’s been a large number of injuries the 49ers have had this season; Raheem Mostert (season-ending), Jeff Wilson Jr. (one month), Elijah Mitchell (day-to-day), and Trey Sermon (day-to-day) are all on the shelf, making it crucial that another running back needs to be picked up.

Welcome to the #49ers @jacques_patrick!!!
Jacques had 156 rushing yards and a TD on 31 rushing attempts in the pre-season.
pic.twitter.com/tcvW1Wb3LD

This will be the first time fans will be back in the stadium for the 49ers and that is a huge boost for the squad as they continue to keep their winning streak going. The impact the fans made was shown on display in the 2019 Super Bowl run. The 49ers were a top-five defense and the fans contributed to that.

The 49ers are set to have their home opener against the Packers on Sunday Night Football at 8:20 p.m. ET.