After 17 years, Eddy Harris is on the move to a district rival 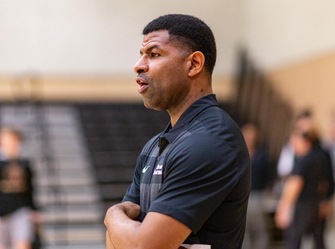 Coach Eddy Harris has made a huge impact over the past 17 years at Skyline.

Cañanda College’s basketball program is set to receive a new boost with the acquisition of former Skyline assistant coach Eddy Harris, who will serve as the new head coach for the Colts.

Harris ––– announced to the position in the Spring ––– spent the last 17 years coaching for the Trojans under head coach Justin Piergrossi and he is set to become the third new head coach in four years for Cañada.

Very excited to announce that Eddy Harris has been named Head Coach at Cañada College! Eddy has been an assistant on our staff since 2004. He's played a major role in the ultimate success of our players while at Skyline, and beyond. We wish him the best of luck. #skylinembbfam pic.twitter.com/DYzgjMIl0p

“At the end of the day, I’d like to help my student-athletes reach success and success can come in many many ways, like getting an AA degree,” Harris said. “Success could be graduating from a border school. Success could be playing professionally whether that is overseas or somewhere else.”

Before joining the Trojans coaching staff, Harris was a standout basketball prep star for Bridgemont High School, starting all four years and leaving the school as their all-time leader in points. He then enrolled to play three years of college hoops at the University of San Francisco.

“On the one hand, and primarily, I’m just happy and excited for him,” Piergrossi said. “This is a wonderful opportunity to take a major step forward. It’s important for him personally –– and professionally –– to assume this role.”

Harris and Piergrossi helped provide stability on and off the court at Skyline for almost two decades, shaping a program that focuses on helping to grow, developing, and teaching young men.

“He was a very trustworthy and loyal assistant to me and our program,” Piergrossi said. “He always had our programs’ best interests. I knew he worked tirelessly to support our program and our student-athletes over the past 17 years and I could not be happier with the outcomes we have achieved within our program.”

Harris will take another key impactful strategy with him as he moves forward to Cañada: creating an environment that produces local players.

“You can see by the team he has assembled by now; they’re on the court, they’re enrolled in their classes, and they are full-time student-athletes,” Lee said. “And they’re local. As a community college –– being in Redwood City, being within the San Mateo County District –– that hits home for me and Eddy.”

Harris’ team is shaping up according to plan and every player, except for one, is from San Mateo County or San Francisco County. One particular player he highlighted is forward Jevon Jesus, a recent Serra graduate that stands at 6’5 and has standout athleticism.

“I want to be a person that helps them accomplish their goals and five or ten years after playing, I would love for them to still keep contact to show that I helped them grow and mature throughout their life and future,” Harris said.

The Trojans kick off their basketball season on Nov. 2 against Marin. They play Harris’ Colts for the first time on Jan. 7.