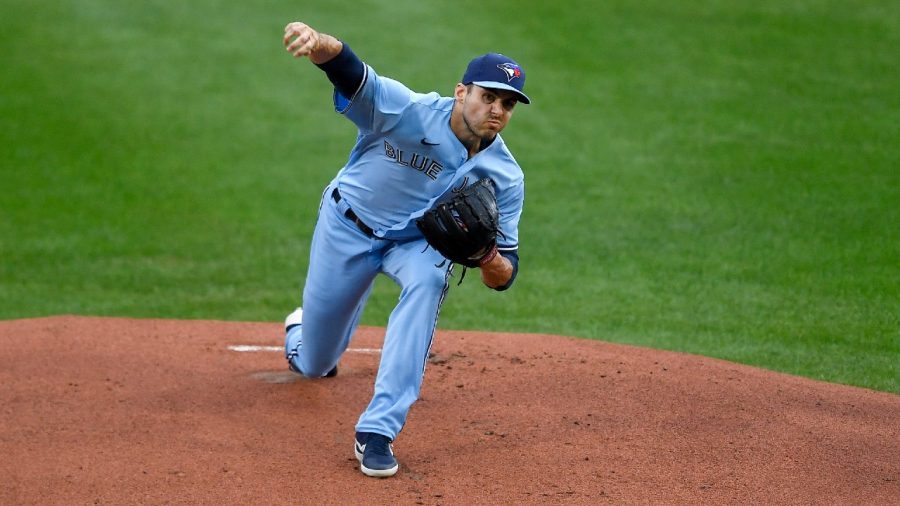 Julian Merryweather was sitting down in the waiting room of Dr. Meister’s Orthopedic Surgeon clinic in Arlington, Texas. It was March 9, 2018. There were a million places Merryweather would’ve rather been instead of the alarming atmosphere of a medical clinic. One of them was on a pitcher’s mound, where he thrived as a minor league pitcher for the Cleveland Indians. Instead of throwing baseballs, he was about to undergo a pitcher’s ultimate nightmare: Tommy John Surgery.

The operation was first performed in 1974 on Tommy John — that’s where the namesake comes from — to reconstruct his pitching elbow, which had a tear in the ulnar collateral ligament (UCL). The recovery time is roughly 12-15 months, which meant a full baseball season. Fast forward nearly 44 years later to Merryweather undergoing the same surgery that hundreds of pitchers have received over the years since. For a lot of players, it was a hazardous case of hitting rock bottom, a level some gifted ballplayers have yet to endure.

Not for Skyline College’s Class of 2012 alumni Julian Merryweather; for him, it was a level he’s experienced and conquered before.

He was not among the attractive prospects while pitching for Junipero Serra High School in San Mateo, despite his excellent four complete games, astounding eight victories, and a 3.00 earned run average during his senior year as a Padre.

“He was a pretty self-directed, self-motivated, intrinsically motivated player that loves to compete with fierce makeup. He was just an overall really, really good athlete.” said Craig Gianinno, his high school baseball coach at Serra during his senior year.

Merryweather’s success led him down a sunny path to Skyline, where Head Coach Dino Nomicos led the effort to recruit him away from College of San Mateo to be a part of the pitching staff.

In his first season, Merryweather went 4-6, with a 4.35 earned run average over a team leading 68 ⅓ innings pitched.

“I used him like a workhorse,” Nomicos laughed. “We kept him in a little longer than we should’ve a couple times, plus he didn’t want to come out of the game.”

The high praise to his character was common among teammates and coaches, but his second year at Skyline proved to be a struggle. Although he was still fifth in the league in strikeouts, Merryweather’s well-below average 86 MPH fastball wasn’t fooling a ton of junior college hitters, as they pounced on him. The end results flashed a 6.57 earned run average and zero victories to show for it. He struggled off the field, as his personal life featured his father, James, battling a tough fight against cancer.

The future didn’t look bright for Merryweather until he received the opportunity to transfer into Oklahoma Baptist University, a school widely known for pure dominance in the NAIA baseball community. It was there he gained velocity on his fastball and started to grow as a pitcher.

In two seasons at OBU, he went 22-5 with a 1.73 earned run average in 182 innings of work. Sure enough, that record turned some eyeballs in the professional baseball industry and he was selected in the fifth round of the 2014 draft by the Indians.

“He throws really hard, he can spot up really well, and keeps the ball down. It was fun catching him because he threw a lot of strikes. He wasn’t really wild, super efficient, and he was actually pretty nasty. He didn’t make me work hard.” said Grant Nelson, who played with Merryweather as a kid in travel ball, in high school, and at Skyline.

As he rose through Cleveland’s minor league system, Merryweather was met with the alarming diagnosis that he had to repair a torn UCL. The surgery not only knocked him out for the 2018 season, but he only started two games in 2019. As he was recovering from the surgery, he was dealt to the Toronto Blue Jays for former American League MVP Josh Donaldson.

“He had this unique ability to know what he wanted to do, and always stood by his convictions. He’s a winner. He’s battled and overcome a lot during his career and I couldn’t be happier for him.” said Gianinno, who now works as the Director of Player Development at USF.

The change of scenery presented another challenge, yet open opportunity. The Blue Jays needed pitching and Merryweather’s transformed fastball reached the high nineties, which fits the blueprint to every big league relief pitcher’s fastball. He was called up to Toronto and made his big league debut on August 20 against the Philadelphia Phillies at 28-years-old.

He became just the third player to ever make it to the big leagues from Skyline, joining outfielders Larry Herndon and Justin Christian.

“He deserves everything he’s gotten and he’s worked very hard to get where he’s at. It’s a tough road to get to the big leagues, so it’s a huge accomplishment. It’s great for us as a program.” Nomicos said.

As he struck out third baseman Alex Bohm swinging in the top of the fourth inning, a section of Northern California and Skyline College applauded as one of their own made an impact at baseball’s highest level.

“I’m super proud of him. He certainly wasn’t a guy who was highly scouted out of high school — or even junior college — so I’m really proud of him,” Nelson said. “This is all 100 percent earned by Julian. He’s got an even better career ahead of him.”