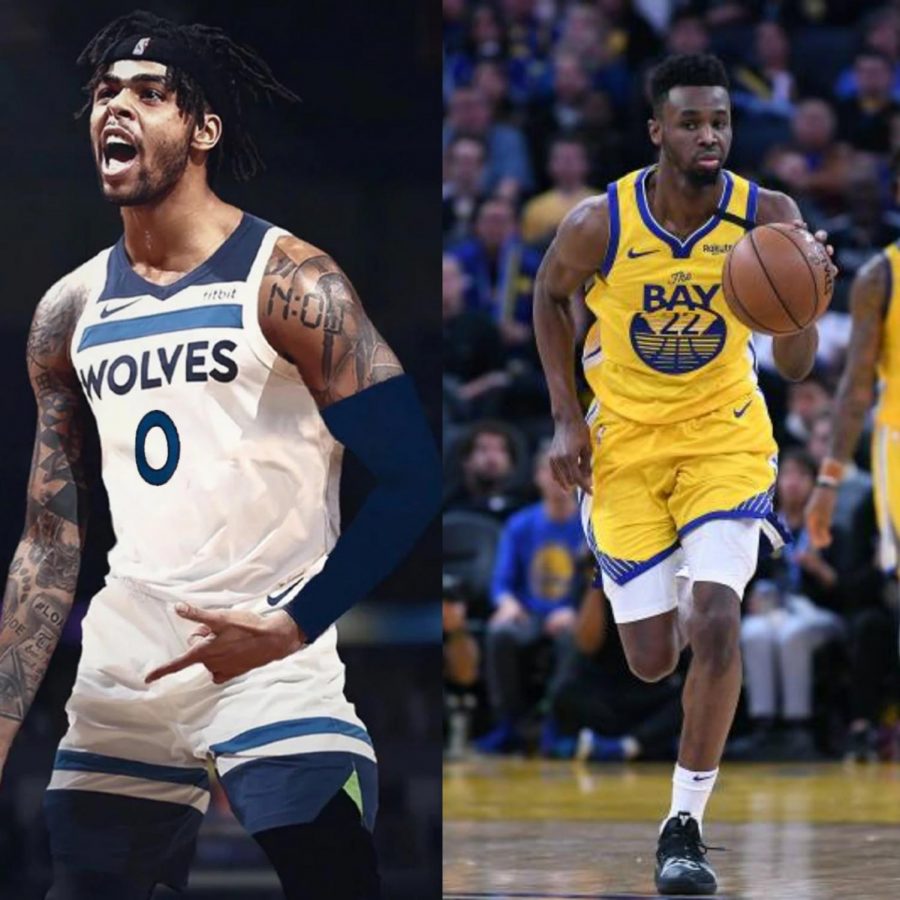 The Second Trade of the Warriors Deadline is a major one.

And so, a big name for the Warriors has gone by way of the trade deadline.

According to ESPN NBA analyst Adrian Wojnarowski on Twitter, Golden State sent star D’Angelo Russell, along with Jacob Evans and Omari Spellman in exchange for Andrew Wiggins, as well as 2021 protected first-round pick and a 2022 second-round pick.

Originally, the two teams reached an impasse on a deal after trying to do a trade that not only involved Golden State and Minnesota but with Houston and Atlanta as well. ESPN Analyst Adrian Wojnarowski wrote an article on this 4 team trade, mentioning some of what that trade could’ve included.

“The Timberwolves, Rockets, and Hawks have the assets to fulfill some of each team’s goals: forward Robert Covington to Houston, center Clint Capela to the Hawks and potentially two first-round picks and an expiring contract to Minnesota, league sources said,” said Wojnarowski.

They had just executed a “sign and trade” with Russell after getting him in a trade with the Brooklyn Nets in the summer. The contract was for 4 years at a value of $117 million dollars.

This all comes in the Warriors “fire sale” because of having the worst record in the NBA. A “fire sale” is a term for when teams with bad records in sports like football and basketball trade players at the deadline or before in exchange for picks or prospects.

Anyway, though, the Warriors now have a nice selection of picks because of these two trades, as well as a pretty decent player in Andrew Wiggins, a former first overall pick in 2014 from Canada, who in his career with Minnesota, according to ESPN, had a 44% field goal percentage, a 33% average from the three-point line, and an average points per game just under 20.

“I think Andrew Wiggins could thrive with the Warriors. Thinking about when Klay and Steph are back fully healthy with their shooting spacing the floor and Wiggins attacking picking his spots, that would be a nightmare to guard! Also, Wiggins has the tools to be a great defender…”, Azubuike said.

Karl-Anthony Towns, a Timberwolves player, also gave his thoughts on the other side of the trade in an interview with The Athletic, as said on the website Clutchpoints by writer Paolo Songco.

Obviously, with this, everybody is satisfied with the trade on both sides, we’ll just see how the rest of the season goes with each player. Who will be the true winners of the trade?