All Things Must Come to an End: The Oracle Story 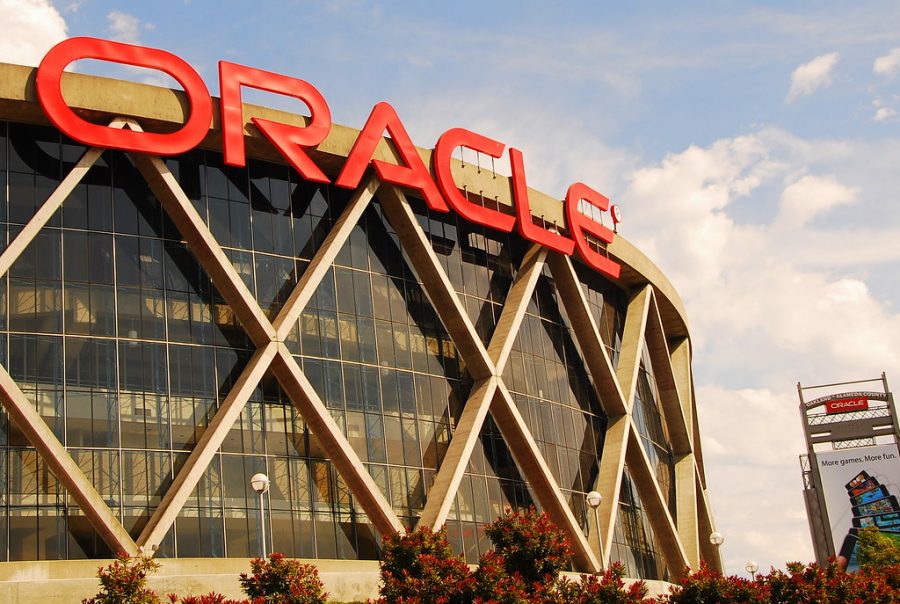 For generations, fans from all over the Bay Area have made their way to 7000 Coliseum Way to root for their beloved Golden State Warriors. Despite the narrative that there were no true fans of the team prior to their 2015 title run actually proves to be false as fans would come out in droves to root on the team despite many years of turmoil. And anyone who’s been able to attend a game can actually speak on the crowd’s intensity and general knowledge of the game, which has made the Warriors fan base one of the more loyal in the game of basketball.

Oracle Arena itself is nothing of a spectacle but its unique concrete structure and cozy confines that we’ve come to enjoy have made “The Oracle” a basketball mecca of recent, but things weren’t always this way. The arena itself opened up its doors in 1966 and welcomed the Warriors in for their first season in 1971, making it the second oldest arena in the NBA behind Madison Square Garden in New York. In its early years, fans were treated to the likes of Rick Barry and Nate Thurmond as they wowed fans as the stars of the team. But following their departure, the fans weren’t given much to cheer for until the 1987 Western Conference semifinals where Eric “Sleepy” Floyd game dropped 51 points in a game against the Magic Johnson-led Los Angeles Lakers.

The ’90s brought a lot more attention to Oracle as it saw its attendance spike with seven consecutive sold-out seasons thanks to the Run TMC team led by Tim Hardaway and future Hall of Famers Chris Mullin and Mitch Richmond. With this amount of success, the Warriors still had what was considered one of the smallest arenas in the league and a lack of luxury amenities found in newer arenas. This would lead to the arena closing for the 1996-97 season for an extensive renovation project where it would remove the entire inner structure of the arena. The renovation would lead to an increase in seating capacity by adding luxury suites and an upper level of seating.

Outside of Warriors memories, one of the more iconic moments of Oracle Arena would occur at the 2000 Slam Dunk Contest. Toronto Raptors star Vince Carter would put on what’s considered to be one of the best performances in dunk contest history. From his reverse 360-degree windmill and between the legs dunk to the classic arm in the hoop dunk, this would set the new standard of for future dunk contests.

The spring of 2007 would lead to one of the franchises more memorable runs where the Warriors would make it into the playoffs on their last game of the season and earn the 8th seed for a matchup against the top seed Dallas Mavericks. The grit and determination from the team led to the coining of the phrase “We Believe” after Paul Wong, a longtime dubs fan started producing small amounts of yellow signs with the slogan and handing them out at the arena. The Warriors ended up pulling off a great series upset in six games ending at Oracle Arena to move onto the Western semifinals against the Utah Jazz. Ultimately coming up short, many will remember this series for Davis’ memorable tomahawk dunk on Jazz forward Andrei Kirilenko

In 2009, the Warriors drafted Stephen Curry, which would prove to be the birth of a new star in Bay Area basketball. Along with the other homegrown talent likes of Klay Thompson, Harrison Barnes and Draymond Green paired with David Lee and Andrew Bogut, the Warriors would make their return to the playoffs in the 2013 season. After early exits in the 2013-14 season, the rest after that would be history.

The 2015 season would find the Warriors clinching a Western Conference Championship at Oracle Arena to advance to their first NBA Finals appearance in 40 years. The Warriors would meet the Cleveland Cavaliers which would end up setting up a trend for the next four seasons. The two most notable games played at Oracle Arena during this Finals stretch would be game 7 in 2016 and game 5 in 2017.

2016 gave us an infamous run where the Warriors ultimately blew a 3-1 lead after what was considered to be one of the greatest regular seasons runs in NBA history, going 73-9, with the record-breaking win coming at Oracle Arena on the last game of the regular season.

The following season, the Warriors would bounce back and capture the championship in front of the Oracle Arena crowd, marking the first Bay Area title clinched in front a home crowd since the 1974 Oakland Athletics accomplished that feat. To many, this game would serve as the most memorable moment in Oracle Arena’s long storied history as the team that many adored for years was able to win the at the highest level on their own court.

The Warriors just recently wrapped up their 47th and final regular season at Oracle Arena and are poised to make another run at an NBA Finals. Regardless of how this season ends, Oakland has served as a great home for the Warriors and those BART rides through the Transbay Tube will soon be a thing of the past.

With the Chase Center opening in the fall, “The Town” will be missed, but it will always serve a special part in the hearts of all of Dub Nation.