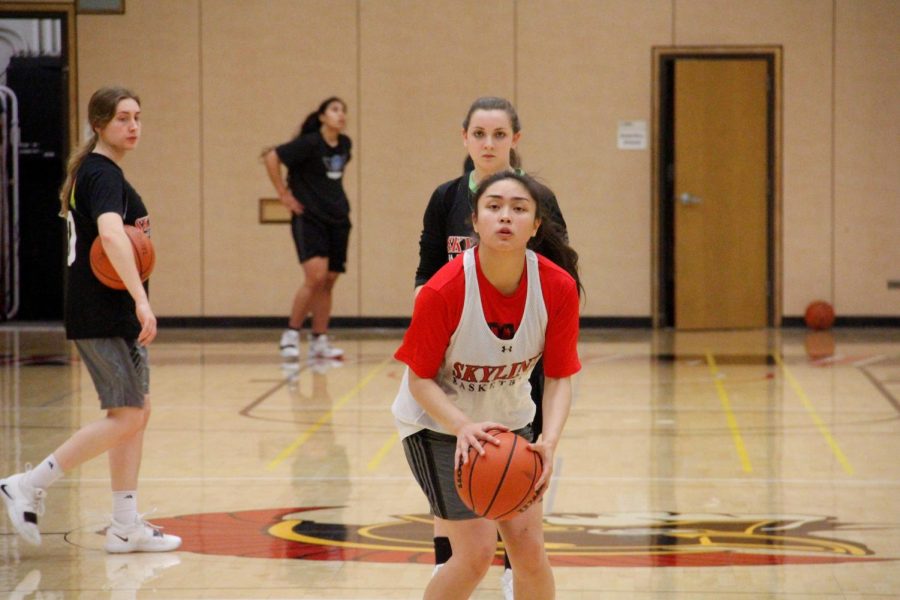 As the Skyline women’s basketball team prepares for their playoff opener against Sierra College in Rocklin, Head Coach Chris Watters is expecting a tough night.

“We know how they are going to defend us, they are going to bring a lot of energy since it’s a playoff game,” said Watters. Since becoming head coach, Watters has directed the team to three California State Playoff appearances in the last four seasons.

The teams did face each other in the City College of San Francisco Tournament back on Dec. 14, 2018 with Skyline losing 76-53. First-year Skyline Forward Olga Faasolo had a team high with 17 points.

“I think they are going to defend us like they did in the first game, just take what they give us, shoot with confidence,” said Watters to his team following practice. “They play a certain style and they don’t change the way they play. They are going to be up-tempo; they are gonna full-court press.”

Looking at film from their December contest is a good starting point for Watters’ squad and he notes how they are also looking at how the Wolverines have fared throughout the entire season.

Leading scorer that night for Sierra College was guard Shanel Jamison who had 27 points in the outing and again might be a force that the Trojans will look to shadow on the court. For the season, Jamison has been averaging 17.9 points along with 2.6 assists.

Sierra College is also known for having a strong community fanbase, and is expected to have a great turnout for the playoff basketball game.

As for Skyline, the team finished the regular season with two wins, over Las Positas and San Jose. With a 9-3 conference record, they tied with Chabot for second in the Coast-North Conference.

“This group has been great on the road, we have thrived on the road,” Watters said. “I expect us to go in and be as competitive as we’ve been all year.”

In the 28 games they have played this season, Skyline has a 7-3 record with their last road loss coming back on Jan. 9 against City College of San Francisco.