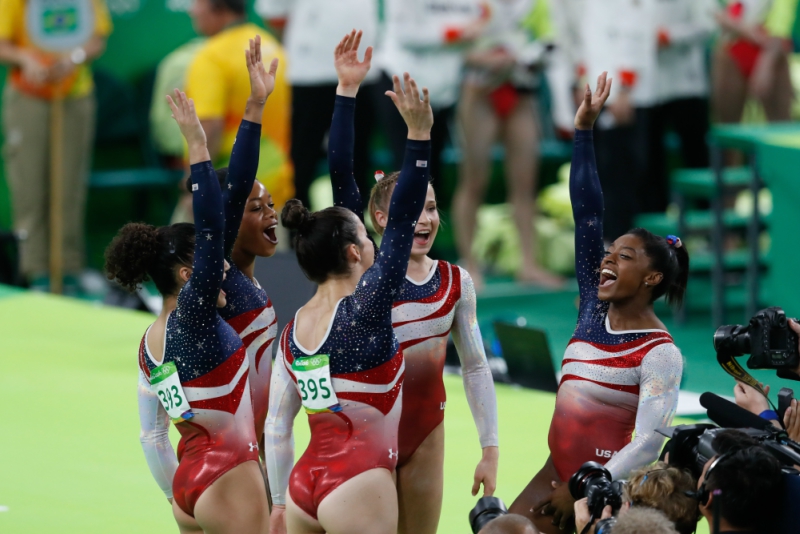 In the era of #MeToo, victims have used the hashtag as a powerful outlet to share their emotional assault stories in many forms including post via social media.

Rape is not uncommon, it can happen to anyone despite of culture, age or gender. In an ideal world there would be no one would experience sexual asault. Those who participate in sports on any level would not have to worry about the sexual misconduct of their doctors, teammates, or coaches.

The same RAINN research found that even today only six of every 1,000 rapist get jail time.

For years voicing sexual assault has been tabooed as women fear that no one will believe them. No justice can be done if no one speaks up.

The women in the U.S.A Gymnastics team have spoken up about Larry Nasaar, the former USA Gymanstics team doctor. The team members have shared their stories and contributed to the #MeToo movement.

Simone Biles, the 2016 Olympic gold medalist, was one of Nassar’s multiple victims who spoke out. Biles shared a small part of her story via Twitter and projected the feeling of brokenness that grew as she has tried to remain silent.

“I know that this horrific experience does not define me,” Biles shared via Twitter post including #MeToo. “I am much more than this. I am unique, smart, talented, motivated, and passionate. I have promised myself that my story will be much greater than this and I promise I will never give up”.

Like many of her fellow and former USA Gymnastics teammates and other sexual assault, Biles courageously came forward. In an industry so big many have shared they were told to trust Nassar, some of them did not know what was okay and what was not and even thought there was uneasiness they remained silent.

“He was the doctor,” said Maddie Johnson, one of Nassar’s many victims, in court. “I was the child. I had no idea of what to think.”

If victims are being told to trust these harmful in individuals, how do we expect victims to be brave enough to come forward?

Sexual misconduct can occur in any setting from home to school to the sports arena, and the doctor’s office. There are policies like Title IX, but how much do these policies really help if the victims don’t speak up or if no one believes them.

The #MeToo movement has brought to light many of the circumstances that are happening to the women that surround the everyday life of individuals.

As an athlete, and as human being individuals are entitled to a voice. Sexual harassment is a very real thing that is unfortunately still happening and people somehow remember it when big events like this are brought to light.

The media fades away from focusing on some prevent like Nassar, and people tend to forget that sexual assault is an actuality.

Nassar was sentenced to death (40-175 years), in comparison Turner was only sentenced six months and was released after three months. The number of assaults was nowhere near the same, yet there is no true way to measure the trauma of the victim. Some would say Turner got off easy, the reality of it is some victims never get their justice.

Regardless of their position or so believed importance, no one deserved a free pass on sexual assault, not a doctor, not a coach, not a student-athlete.

In colleges, in the professional world, and in the sports world this is something needs to stop being swept under the rug. It is an unfortunate battle that many face, a truth that is too harsh yet still a constant problem.

It is important to speak up for wrongdoings, as in one way or another justice will be done. It is a difficult topic to speak up one, and in confidentiality or publically sharing a #MeToo or any form of sharing a story is the ultimate way of bringing the truth to light.

Students, athletes, and student-athletes should know they are not alone and be aware that justice can be done and know of the resources available to them both on, and off-campus.

If you need help filing for Title IX on campus visit: