Kicking Off The Season 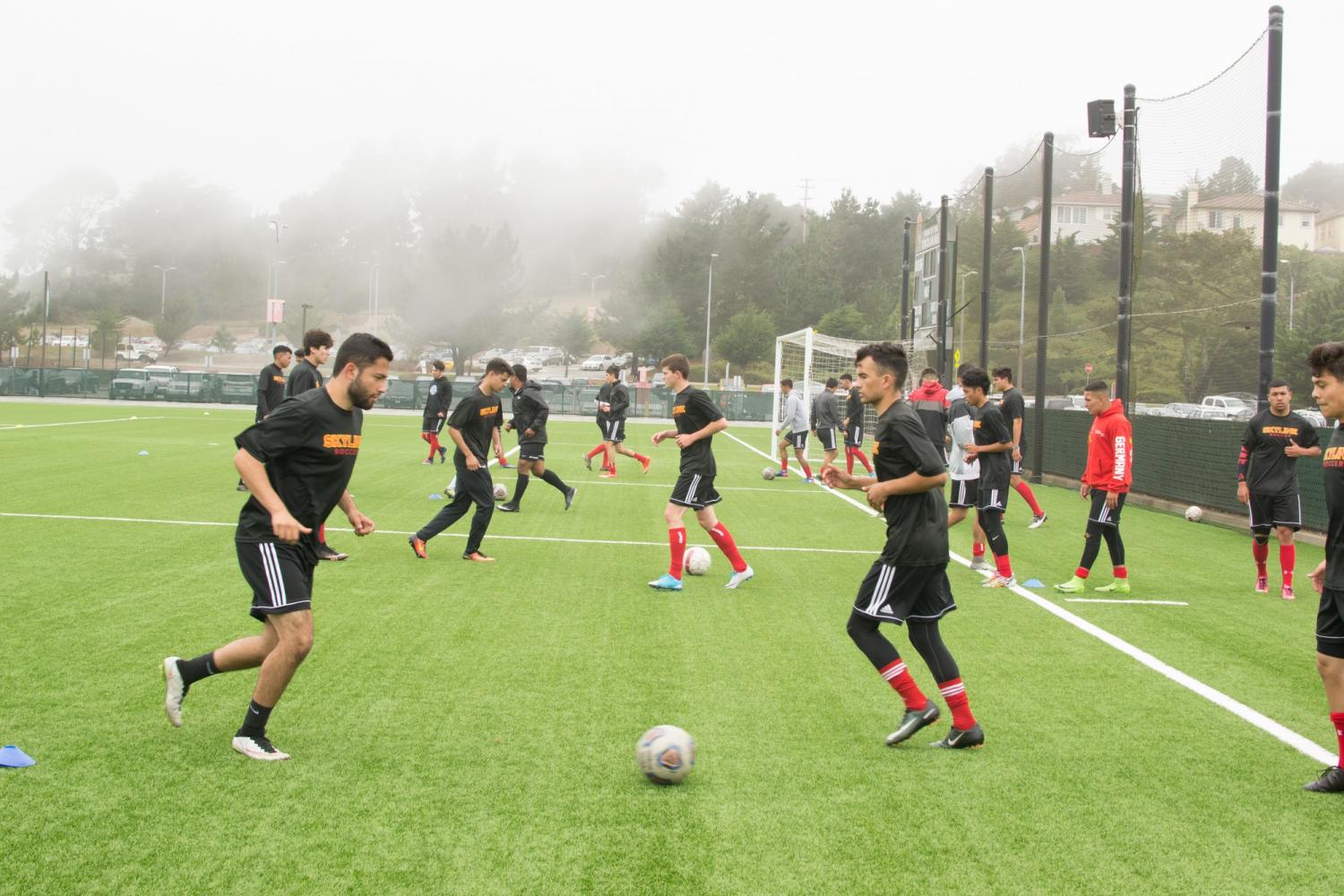 The Trojans warming up for an intense practice on August 24, 2017.

The beginning of the fall semester means Skyline’s men’s soccer team kicking off their intense and vigorous season.

When people talk about sports teams, they usually think physical attributes are the most important, but Gabe Saucedo, the head coach for the men’s Skyline soccer team, believes mindset and values are equally important as physical strength and speed.

Coach Saucedo is now in the second year of coaching the Trojans, and despite it being early to discuss long term goals, Saucedo has high expectations for his team this season’s.

The Trojans fell short from first place last season, Saucedo was pleased by his team effort and hard work. With the collection of new talent and new faces, Saucedo aims to accomplish more this season.

Last year the Trojans placed second in their respective conference under Saucedo’s first year as head coach. Saucedo was pleased with last the teams effort, “they worked hard every day, they battled…we finished with a second place finish with a team that wasn’t as talented,” Saucedo said. “but I thought we were hardworking.”

In collegiate sports it is highly important to learn from previous season, especially for those who are returning sophomores. Improvement is best achieve when a team is able to look back and analyze their failure and mistakes. The ultimate goal is to use those failures and mistakes as motivation for improvement.

The Trojan’s are looking to improve off last years season, “we set the bar really high,” Saucedo said. “so this year I’m expecting that and more from the team we brought in this year.”

The Trojans had their first scrimmage on Aug. 21, tieing 0 to 0 against Cal State East Bay. This was the Trojan’s first challenge of the season facing a tough opponent.

The game was even all the way through, “I thought we played very very well,” Saucedo said. “I was impressed with our players. Even though we competed against older and more experienced players, I thought we did very well against them.”

The team excelled against a highly talented team, they still are looking at ways to further improve, “It was a good start and there’s a long way to go, we have a lot to work on, but so far, it’s been a solid start.” Saucedo said.

Saucedo promotes some key values for the team and it’s members, such as leadership, toughness, selflessness and performance improvement. As Saucedo describes leadership as the ability to make the people around you better, both physical and mental toughness, selflessness. Saucedo mentions a phrase, “team first, self last”, which will help focus the team towards the goal of becoming better.

Although it’s early to discuss winning the conference, Saucedo has already set high expectations for his players. Saucedo expects his players commitment and hard work. The Trojans understand that there are step that they must take in order to become a Championship contender. The Trojans are willing to accept those challenges head on and are looking to qualify for the Playoffs and evidently take home a trophy.