Raiders on the way to Las Vegas 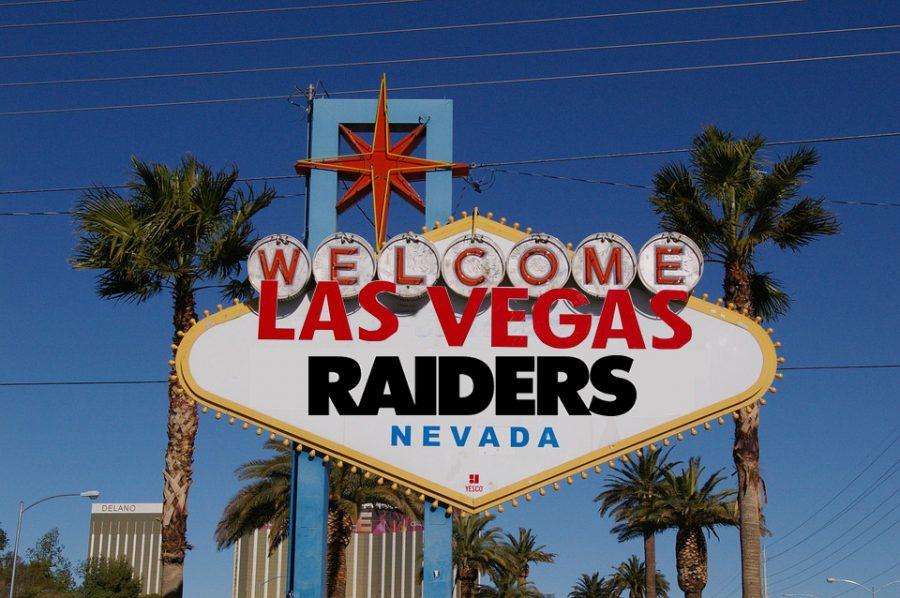 The Raiders' relocation will be up to vote this off season with Las Vegas as the favorite destination. Photo credit: Brian Silverman

By January 2017, the Oakland Raiders could be the Las Vegas Raiders.

A pending relocation vote among the NFL owners may come as soon as January of next year to finalize the Oakland Raiders’ move to Las Vegas. Raiders owner Mark Davis has been actively pursuing a new stadium for the team, and rightfully so.

The Raiders are the only team in the NFL that shares a stadium with a baseball team, so their first home game or two is usually played on a dirt infield. Additionally, the sewage in the Oakland coliseum runs rampant. It is a reoccurring problem that plagues the team and the fans experience.

Earlier this year Davis attempted to move to Los Angeles, specifically to build a stadium in Carson, but they were cast aside in favor of the Rams. Last year, Mark was gauging interest in San Antonio but it never went further than that.

So why not try to stay in Oakland? Well it’s not that simple. Davis and the Oakland council have tried to come up with a plan to raise funds to build a new stadium, but Oakland Mayor Libby Schaaf refuses to use public funds to support the project.

With so many issues in Oakland, like crime and education, it would be better to use that money towards fixing those issues rather than use it to build a stadium for a private company.

On top of that, if she were to approve the use of public funds, a tax would be imposed. In a city that has an outrageous cost of living, a tax that doesn’t benefit the people is the last thing they need.

The reason why Davis is pursuing public funds is because he doesn’t have the riches of a typical NFL owner. Of all the teams in the NFL, the Raiders are the bottom two in revenue and net value. Davis can offer $500 million towards the construction of a new stadium with the rest coming from public funding.

That is why he chose Las Vegas: they are willing to use public funds to build a stadium for him.

On Oct. 14, the Nevada legislature narrowly approved a proposal to use $750 million in public funds to build a $1.9 billion, 65,000-seat, domed stadium in Las Vegas that would house the Raiders and the UNLV football team.

The deal was signed Oct. 17th by Nevada’s Republican governor, Brian Sandoval, according to the Washington Post.

The news has torn Raider fans throughout the Bay Area. Many of them took to Twitter to vent their frustrations, accusing Mark of being a traitor. Such name-calling is unjust and unfounded here.

Think of the coliseum as your own house. It has all these problems, and your landlord isn’t helping you out. Oakland is the landlord and Mark is just a tenant of the coliseum. He is just fed up with the lack of plans from Oakland.

It doesn’t comfort him either when the Oakland A’s have a 10 year lease on the current coliseum, which then makes the whole deal a compromise of three parties rather than two.

Mark Davis’s fate is now up to the NFL owners. Whenever the relocation vote is, he is going to need 24 votes out of 32 in favor of his move. Only time will tell if the wind is blowing in his favor.