Skyline College soared over Mission College to victory this past Tuesday in a 20-1 win. 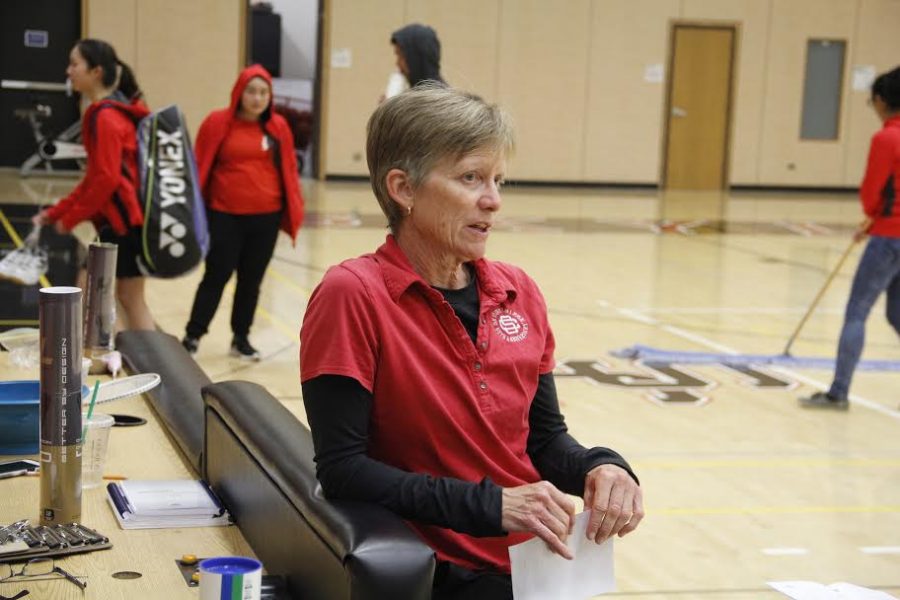 Hollow thwacks were heard echoing across the court in a lively game between the best players, Fiona Lai from Skyline College and Ha Ky from Mission College.

Each player was hitting hard and high, trying to get the feathered shuttlecock to the other player’s side of the court. Lai and Ky kept up an intense volley, but Lai won the round.

She went on to play several doubles matches, one with Vivian Tran and one with Diep “Debbie” La.

“We’ve been trying out different pairings,” coach Jan Fosberg said. “[We] are focusing on doubles rotations.”

When it comes to matching up players for doubles, Fosberg said to look for “players that complement each other”. A very strong player and a good net player can work well.

“The players also get some say in who their doubles partner is,” coach Fosberg said.

These are all final adjustments that are being made before the upcoming conferences.

Coach Ken Ng of Mission College commented on how his team performed,

He plans on working with his team on net shots.

The Mission College team was handicapped this game, and played down two players from badminton’s normal six-player-team.

In one match, Mission College was forced to forfeit because their player rolled her ankle when she tried to return the serve and decided not to complete the set.

In addition, their star player, Ha Ky, played through an ankle injury that occurred in a preseason game.

She hopes to practice her shots so she can “move with the flow.” She is also looking to improve on her smashes for the next match but was more excited to be playing in her last home game.

With an overall record of 5-2, Skyline is now on their way to the Coast Conference Finals in Cupertino.