Why are eSports still a niche sport? 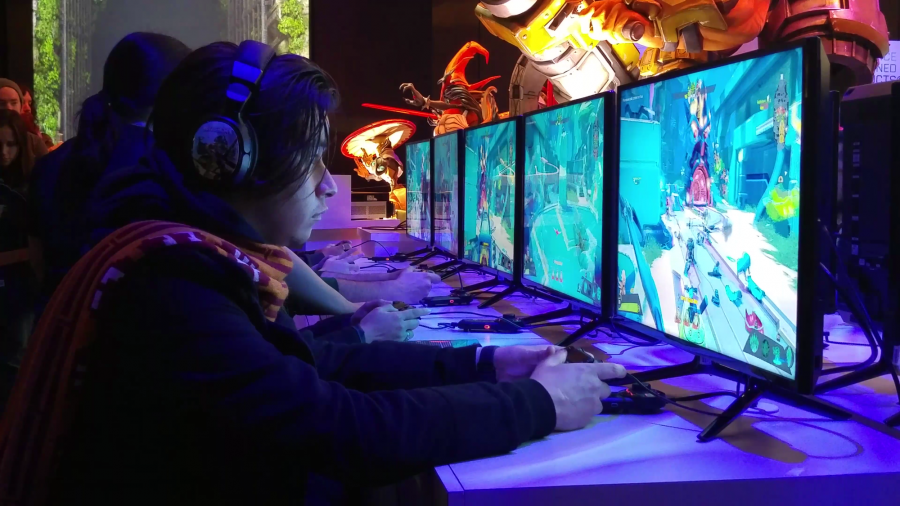 Traditional sports have been around for quite a long time without changing much. But today, a new genre of “sports” is on the rise. Unfortunately, it may not be getting the respect it deserves.

“eSports” or Electronic Sports is a form of organized competition through video games. It has been around for quite some time, from setting records on “Space Invaders” in the 1980s to the LCS (League of Legends Championship Series) of now.

With the rise of its popularity, there are waves of people, millions in fact, that pushes this trend to gain the respect it deserves. And why wouldn’t they? It is one of the most exhilarating activities to watch and participate in.

But even if “eSports” are really fun and exciting, there is still a chunk of our population that believes this isn’t a “sport,” at least in the traditional sense.

I watched Matthew Patrick, The Game Theorist on YouTube. And in his video, an article by The New Yorker about “eSports,” in July of 2014, a lot of enraged football and basketball fans vented on Twitter about ESPN 2 airing an annual tournament for Defense of the Ancients 2 (DOTA 2), which is a highly-competitive video game.

These fans were quoted saying “WHAT THE HELL IS HAPPENING ON ESPN 2?” “Wtf man. This is our society now,” and “None of these people are anywhere near athletic.”

John Skipper, the president of ESPN, referred to gaming in general, in the same article, as a “competition” and “not a sport.”

Why is that? What are the characteristics that make up a “sport?”

According to Merriam-Webster’s dictionary, a sport is a contest or game in which people do certain physical activities according to a specific set of rules and compete against each other.

Let us compare that definition to the definition of “eSports.” The largest “eSport” out there has all of these characteristics in spades.

The games that are played in “eSports” are tweaked and controlled specifically for the competitors to have even ground. Like in basketball and other sports, there are careful and analyzed rules to “eSports” considering qualifications, equipment tampering, penalties etc. Some competitions are even similarly structured to other sports.

The NBA for example has two conferences, the East and West, with thirty teams overall that compete during a season and then move on to the playoffs. The playoffs consist of eight teams, that are determined through the seeding system from each conference, compete to get to the conference finals and then the NBA Finals.

The LCS works pretty much the same, except instead of conferences there are the North American and European divisions, with ten teams each, that compete to win their division championship, and after that the winners of each division compete in a “World Championship Series” to determine the World champion. LCS teams also have roster requirements like having coaches, starter lineups and even reserves in case something happens to the main players.

People that argue against “eSports” may claim that the “physical” requirement isn’t met, and they are right. But only to a point. One of the comments from the aforementioned New Yorker article says “None of these people are anywhere near athletic,” and this has been said to many competitive gamers for generations.

It is a bit hypocritical though, because ESPN still airs The World Series of Poker. You don’t hear a lot of complaints in terms of “physicality” when that comes on. Professional competitive gamers are in fact more physically and structurally conditioned when it comes to their skill.

Business Insider interviewed Team Liquid, a professional gaming organization, and they explained what these competitive gamers do to stay competitive. According to the interview, the players of Team Liquid practice for a minimum of 50 hours a week, with others going beyond that. To put it in perspective, an average college athlete may spend more than 40 hours a week practicing their chosen sport, said Business Insider.

The players from the League of Legends division of Team Liquid practice together for eight hours a day, scrimmaging against Challenger-level (highest tier ranking in League of Legends) players from around the world. Much like any sports team, they also review videos of their matches and others with their coach and team analyst. They also practice by themselves when not in a team practice session.

These guys are notorious for pushing physical boundaries as well, often sleeping for only four hours a night and practicing 12-14 hours per day, even risking injuries from all the rapid movements required to play these games competitively.

Even with all of this dedication and hard work, “eSports” players and fans are still shoved off to a closed, isolated box. Sure, some people who still prefer it this way may say that “This is what makes us special. Why should we care?” But for the people that like games and want to share them with the world, this is a shame. The people passionate about “eSports” don’t want to ruin our society; they just want to share something that they love.