Steel your mind, not just your muscles 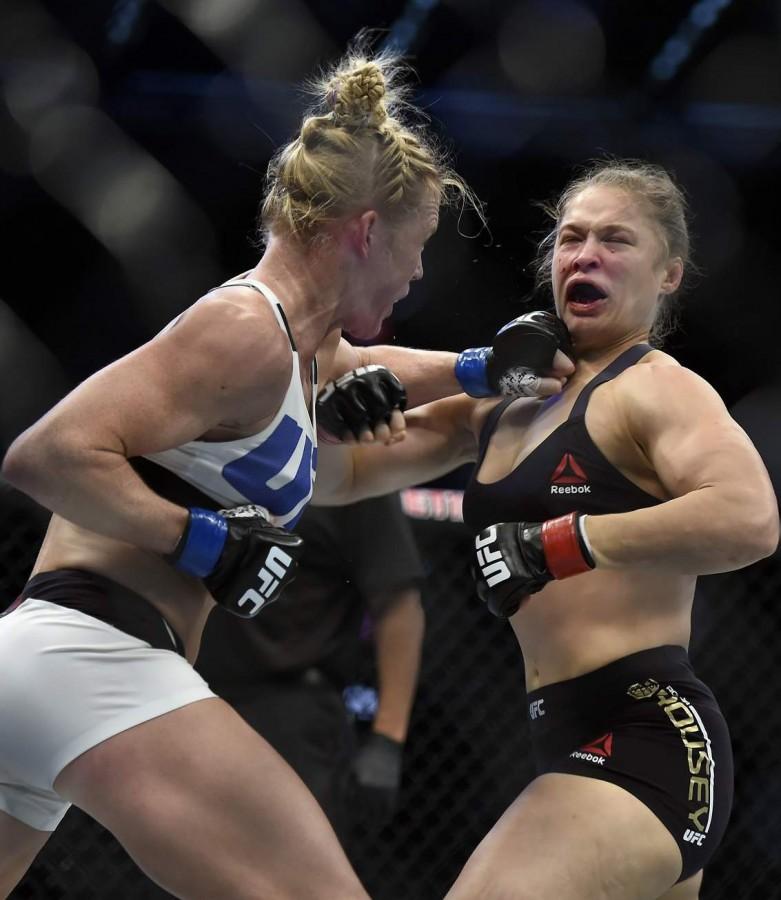 On Tuesday this week (Feb. 17), popular MMA fighter Ronda Rousey made an appearance on “The Ellen Degeneres Show.” To the shock of many, Rousey admitted on the show that, after her impressive loss to Holly Holm in November 2015, she contemplated suicide. The real question is, why is this a surprise to anybody?

Facing an immense defeat after a long trail of victories, as Rousey had (her loss to Holm was her first career defeat), would send anybody crashing back down. Her sentiments should not be met with shock and awe, but with empathy and understanding. With the dialogue surrounding mental health opening wider every day, our figureheads of strength and inspiration (sports heroes, political figures, etc.) should be allowed the ability to succumb to weakness and build themselves back up from it.

Rousey isn’t the only athlete to ever feel this way. In response to Rousey’s comments, Holm herself told sherdog.com that, when she experienced a loss, she “needed the help, the support around me” to pull herself back up.

“I hurt for her, that she feels that way,” Holm told sherdog.com. “When you put your heart and soul into something and it gets shut down devastatingly, it’s terrible. It’s a horrible feeling.”

So why then, is Rousey’s comment so shocking to the rest of us? Athletes are still people, people that force their bodies to go through tremendous physical exertions for the pleasure of an audience. Adding on to the physical pain is the torment of fans when you lose, the pressure of the team/coach/fans to win at all costs, and the constant training and traveling, and it suddenly makes sense why up to 25 percent of professional athletes suffer from depression, as reported by Alfie Harmer for thesportster.com.

The toll can be even harder on collegiate athletes, who have to tack on the stress of school and maintaining grades to the already long list of issues. A survey preformed in 2013 by the American College Health Association concluded that 31.3 percent of those surveyed felt “so depressed that it was difficult to function.” Beyond that, 51 percent reported overwhelming anxiety, 37 percent felt overwhelming anger, and little over 7 percent contemplated suicide.

Unfortunately, the placing of many sports stars on a pedestal may be their ultimate downfall. The pressure of a professional sports lifestyle is greater than many assume, and even help is hard to come by due to the abundant masculinity in the field. Stereotypes like men not asking for help, not crying, and the like seriously reduce the odds of someone suffering seeking help. They may feel ashamed of themselves for the perceived “weakness” of depression. This is what needs to change.

Athletes in high school, college, and beyond feel the pressure to constantly be their best, and the crushing defeat that comes with a loss can very much be overwhelming. Sometimes an athletic defeat can evolve into a loss of self-worth, an immeasurable blow to pride, and a potentially career-altering spiral into depression and reckless behavior. It only makes sense that an athlete should have a trainer not only for their body, but for their mind as well. The strength it takes to rise again after an awful defeat may be too much for one person to handle.

Even Atlas gave up the heavens once.