Behind the net: Volleyball women’s team serves the season, spiking their opponents 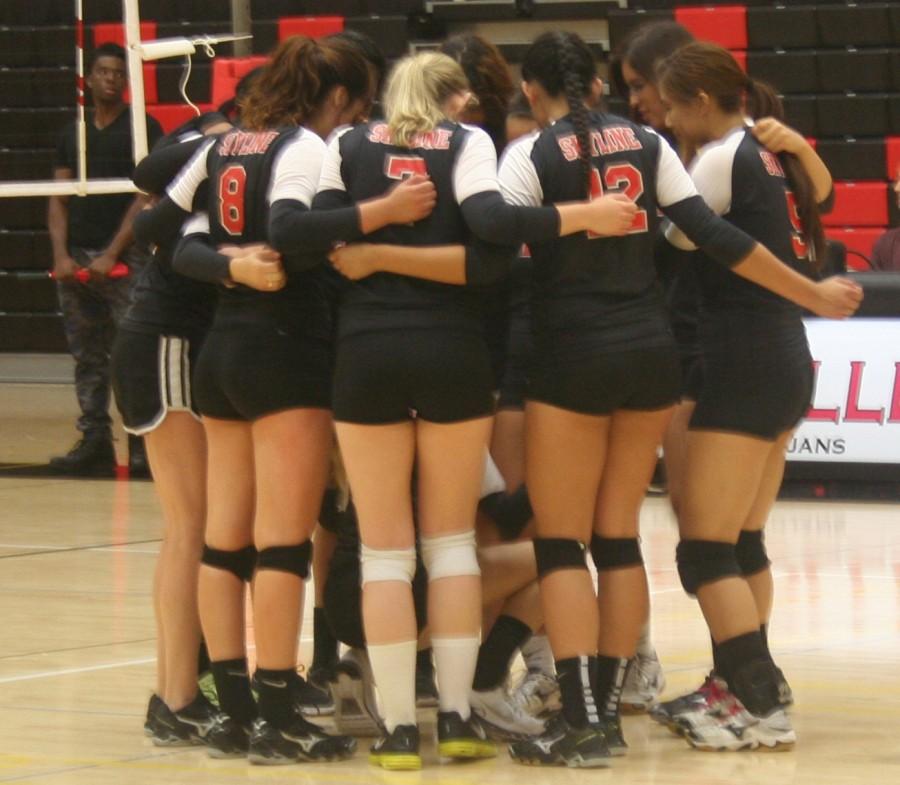 When volleyball Coach Rayannah Salahuddin returned to Skyline last season, she says it was all about survival. After taking more time off than expected for maternity leave, the team was left unranked in 2012 and fought to make it through the 2013 season. Now, according to Salahuddin, they are back on track and fighting to make it to playoffs.

“This season, the infrastructure is there and the talent is in place,” Salahuddin said.

The team currently holds a record of 10 wins and six losses this season, and whether they move on to playoffs depends partially on their performance in upcoming games against Foothill College on Friday and Gavilan later in the season.

While concerned about star player Makayla Evans’ injury, Salahuddin says she holds out hope for freshmen Zina Kelati and Rachel Lopez to improve and fill her place.

Salahuddin is also optimistic about the team in future seasons, due to a change in recruiting practices. Skyline is reaching out to skilled players in high schools and lesser-ranked community colleges throughout the state in an effort to balance out current players, who are often at a disadvantage due to size.

“We’re usually physically outmatched,” Salahuddin said. “We need to be smarter and run faster plays than teams with taller players.”

Skyline will be playing Foothill college at home on Friday, and free pizza will be available to the first 50 attendees.