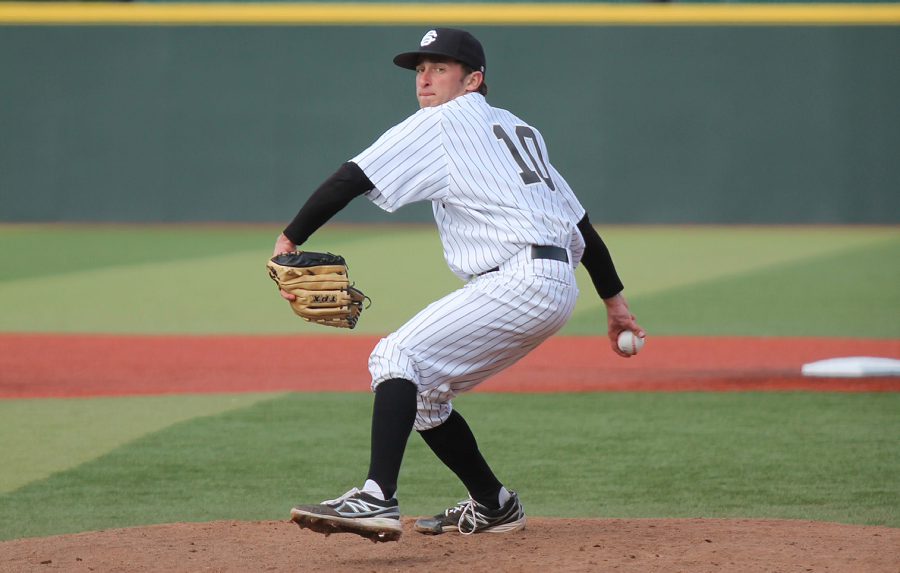 Relief: Cage Cascone was brilliant, striking out six and allowing only two hits in 3 2/3 innings.

The Trojans lost their home opener against the Cosumnes River College Hawks 4-2 on Tuesday, dropping them to 0-2 to start the season.

The Cosumnes River Hawks got all four runs early off of Trojans’ starter Daniel Madigan before having their bats shut down by relievers Cage Cascone and Phil Caufield. Skyline’s offense squeezed out two runs, but neither was pretty, and the Hawks kept the Trojans winless on the season, adding to a rough defeat against Oakland’s Laney College when both offense and defense failed to get anything started.

The Trojans’ season was far from up against the wall on Tuesday. The questions this young team had to answer were about how they would respond to such a tough loss. The response was good, but not good enough.

Skyline faced a tougher opponent in Cosumnes River. Skyline lefty Daniel Madigan ran into trouble early, but freshman second baseman Nobu Suzuki’s glove came up big. He put the brakes on a first inning Hawks offensive flurry with a diving backhand to end the inning, holding the Hawks to one run.

Madidan’s woes continued in the third when the Hawks found home plate once again. Madigan only escaped the inning when a comebacker tagged him in the butt, and he recovered the ball to get the final out at first.

The Hawks would score twice more in the fourth before sophomore reliever Cage Cascone was able to control their bats with six strikeouts over 3 2/3’s innings. Both teams remained quiet until the bottom of the sixth when the Trojans scored their first run of the season, capitalizing on a botched play at first base to score Phil Caufield from second.

The Trojans struck again in the seventh when Nick Bongi beat out a slow infield grounder allowing Lance Montano to score from third.

Neither offense would get going again, and the Trojans chalked up another loss.

Thus continued Skyline’s bad luck. A rain-delayed season opener put the team on ice, and Laney College put them on their heels with shutout pitching from freshman utility player Keith Britton dealing them a 0-7 loss.

Coach Dino Nomicos is realistic about game one. “We gave the game away,” Nomicos admits, “They didn’t beat us as much as we beat ourselves.” Nomicos, who has been at the helm of Skyline baseball for 15 years, feels it’s just a matter of finding their rhythm. “I knew the first game we were going to be up and down,” he said, “I think if we get a base hit, a double, a sac fly… it breaks the ice.”

Suzuki echoes that sentiment. “I was nervous,” Suzuki said of Monday’s game, “It was really intense, but I overcame it and my second and third at bats I hit it hard.”

Trojans fan John Healey remains optimistic. “It’s early yet,” Healey says, “they’ve got to get the kinks out.” Healey agrees with Coach Nomicos; the Trojans need to break the ice. “A couple of hits here and there and the score is different,” he feels, “they’ll be alright. They’ve got some scrappers out there.”

The Trojans have a good chance to work out some kinks this Sunday with a double header at home against a rebooted College of the Redwoods team, who are playing their first season since being put on a two-year hiatus due to budgetary concerns.