Send In The Clown 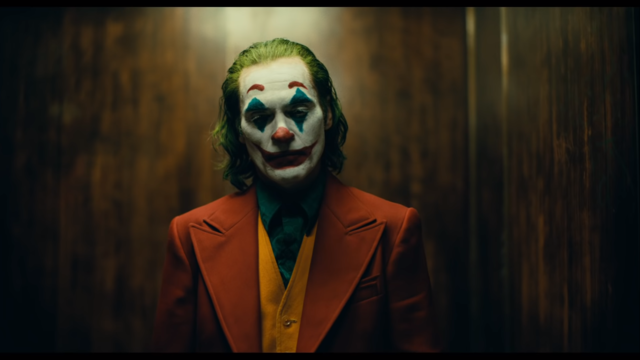 For me, I’ve always thought the character of Joker holds a lot of power and fear from not having a past, or at least not a straightforward one. So when I heard a Joker origin movie was in the works a few years ago I was disappointed, but once I heard about the team working on said Joker movie and the vibe they were going for that was presented in the trailers, they had my attention. So opening weekend, a Joker fanatic bought a ticket, sat down, and about two hours later left more than pleased.

Sometimes I Remember it One Way

Joker is such a great character to make a character driven movie on because he is such a malleable character, and the direction they went in this movie is a sad and rather disturbingly real take.

Jaoquin Phoenix is hands down, the best part of this movie. Phoenix’s Authur Fleck is done perfectly. You can see the pain and struggle of this guy who lives with a mental health disorder but Isn’t treated well. With every laugh, you can feel that It’s not in Fleck’s control, in every quiet moment you can feel his loneliness, you can see how Fleck can stoop so low in becoming Joker.

But the movie also does a beautiful job of still saying that Fleck’s actions in the movie isn’t good or an acceptable thing to do. It’s still not right. You get the context and understand the progression, but the movie’s story is a cautionary tale about the mental health system and how we treat each other.

Sometimes I remember it Another

Another great idea from the original idea of Joker that they used was that Joker was never a reliable narrator when talking about his past, and as you watch the movie and think things through, so many parts of the movie contradict and don’t add up that you start thinking about what’s really going on. You could have one interpretation of what really happened and your friend could have gotten a totally different meaning, but you two could still be right, because we just don’t know.

I find this to be a beautiful thing, for one because it honors the classic Clown Prince of Crime, secondly because the movie is even better even though there’s things that don’t add up, and third it keeps the movie in the minds of the viewers long past the movie’s credits.

If I Were to Have a Past, I Prefer it to be Multiple Choice

This movie is near flawless. Aside from sometimes leaning too heavily on the movies that helped inspire it, it’s basically a flawless Joker story. It brings a new and sympathetic side of Joker but still retains the Joker persona while starting conversations about deep topics such as the mental health system and how we treat those living with mental health conditions or just how we treat the person next to us. It’s not an easy watch, unlike other comic book movies, but has so much more to tell. I highly recommend it.