This Little War of Mine 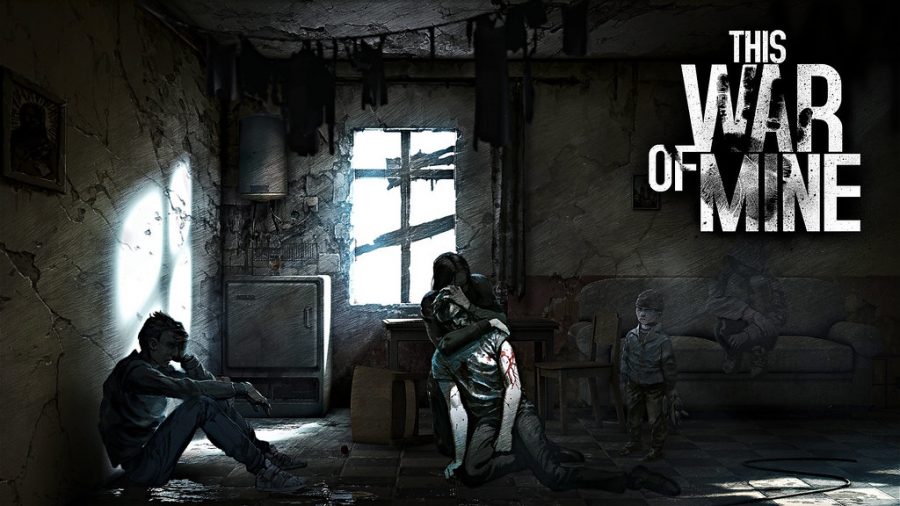 Video games have unwittingly taught consumers that repetition and resetting a difficult spot is most often the solution to most problems. But some games, like 11 Bit Studios’ This War of Mine, make us reevaluate that. Instead of outsmarting or outmaneuvering an obstacle, we have to take life and war as it comes and just deal with it head-on. It’s a reminder that the world doesn’t work the way we were taught and conditioned the way gamers thought before. War doesn’t work that way.

This War of Mine is a beautiful yet cruel reminder on how life can change for the worst at the snap of a finger or a blink of an eye. The game is set in a fictional besieged city and you take control of a set of civilians and your job is to survive, nothing more, nothing less.

Echoes from the past

Of course, this game has real-world inspirations from modern history’s longest lasting siege. In the 1990s during the Bosnian War, there was a siege on the city of Sarajevo which lasted 1,425 days.

A lot like the game, normal everyday people were caught in the crossfire. 5,434 civilians were killed, and many more were left traumatized by the events that took place. But among standard education, the Bosnian War and the siege of Sarajevo has taken a backseat to other historical events.

With all the lives this war has impacted, we don’t really have the excuse to say it wasn’t massive enough to get attention. And the folks at 11 Bit Studios agreed with me, and the way they pay tribute is by showing the world the real horrors and cost of war.

This War of Mine

As you try to guide your group of civilians, the game keeps you on edge and reminds you of how unpredictable the tides of war can turn. One moment you could have all the resources you need and a decently healthy party, the next you find yourself scrounging and stealing for scraps to fight sickness or hunger.

The game, at its core, is a resource management and stealth game. During the day, you do chores around your house, build equipment, cook and eat food, and do general stuff to keep your house above water. At night, the game turns into a very tense stealth game with you guiding one party member through uncharted territory, looking for supplies.

The night sections are where the meat of the game thrives. The situations and scenarios you find yourself make you wonder how much survival means to your group. Will you steal a helpless, elderly couple’s medications for your group, or will you let them be and suffer yourself for not having enough supplies? Do you let a drunk soldier assault a young woman to distract him from finding your group member, or do risk the life of your party member to save her?

There is no right or wrong answer, but these choices you make have massive consequences on your party as a whole; do something morally questionable, and your group will have to face the idea that they might be turning into monsters just to survive.

The best part of this game is that your controlling everyday people who didn’t sign up to make the hard choices. They care about how they survive and the people they hurt as much as they want to survive. And with a lot of these characters, there’s a line they don’t really want to cross, but over the course of the game, have to.

Alongside the standard survival game tropes such as hunger, health and rest, morality is a massive standout in terms of how the game plays and how the game can emotionally rip you to shreds. Like I said before, your morally questionable choices have a massive effect on your party, so do enough of these and one of your party members will become emotionally broken, doing nothing but cry into their hands and eventually taking their own life.

So you can have all the supplies you need from stealing and killing, but at a point, your party won’t even have the emotional strength to eat or take medication. They’ll just give up due to all the emotional weight they have to carry after doing so many morally bad acts.

But that doesn’t mean you won’t have to worry about eating and medicating; these items are so hard to come by that you’ll have to make a hard choice of taking the moral low road to get necessary supplies.

This game isn’t a walk in the park, but the hardships in the gameplay offer a lot to the tone and message the game and developers want to tell.

Games are often seen as time wasters and eye candy, but games such as This War of Mine have shown the world that they can introduce deep and mind-changing ideas to a very different audience.

At one point, movies were only considered time wasters and eye candy, but they soon introduced these same ideas and are now considered art. Of course, there are some movies that are only eye candy, but most have profound statements to tell. So, why can’t video games?

Video games can have a more powerful impact on delivering messages due to the consumer being responsible for the events going on in the game. Making ourselves responsible for another person, virtual or otherwise, carries weight and is something that everyone should learn. The basic concept of press a button and something happens is a great analogy for life: making any decision, no matter how big or small, has consequences.

There will be people who say video games aren’t the place to say these things and to present these ideas, but that’s wrong. Games are the next step of mass media, before it movies and before that radio and books. We can and have to use games to deliver bigger ideas and having consequences that have a direct effect on the consumer is a powerful teacher because of that.

Power to the people

“I think video games do deliver deep messages, depending on the game and who the developers are and if it’s in a saga or just an independent game,” said Holden Fernandes, a Skyline student, after being asked if games can deliver deep messages. “I definitely think video games and movies are very closely related to where their put into production and a large group of people working on them and the stories are very thought out and it’s not really a last minute thing.”

As Fernandes said, games with enough effort with their stories can deliver messages that can be mind changing. There’s a stigma with game developers being only money hungry that don’t really care about the consumers. But given enough time and passion, a game can go from a basic idea of killing someone or capture this point to a powerful force of information and sympathy.

“I believe not society as a whole necessarily because these types of games would not get much traction in mainstream appeal because of its really dour, down tone where it’s very bleak and very few good things happen that make you feel good and happy,” said Evert Chamorro, a Skyline student, when asked if games like this War of Mine can impact society. “But it can impact the people playing them very much because it makes them think about various situations in a different light because a lot of video games involve fighting, combat, things like that, but This War of Mine, from what I’ve seen, focuses on just the really down and dirty type of combat that normal gamers wouldn’t see otherwise unless they seek out games much like this.”

Chamorro said it best: Games like these don’t get the attention from mass media due to its unpleasant imagery and ideas but that real world isn’t always going to be happy or joyous. A lot of moments in life are composed of so many different, conflicting emotions that not all of them will feel good. But introducing them in a controlled environment, such as a video game, can somewhat prepare you for life.

And like Chamorro said, this game can impact those who seek it out and play it with the hard truth of war. War’s bleak and dour and shouldn’t really be a celebrated thing, and gamers and the general public need to learn this.

Games like This War of Mine have shown to many that games have moved on from being toys for little kids and matured alongside people who grew up with Mario or Sonic, showing ideas that wouldn’t have been on our radars in the first place. Video games have shown us that making mistakes is OK and that learning is a powerful tool and has tied us to these learning experiences through first-hand exposure.