The Beat with Kylea Pearson: From Crowns to Spiders for Billie Eilish 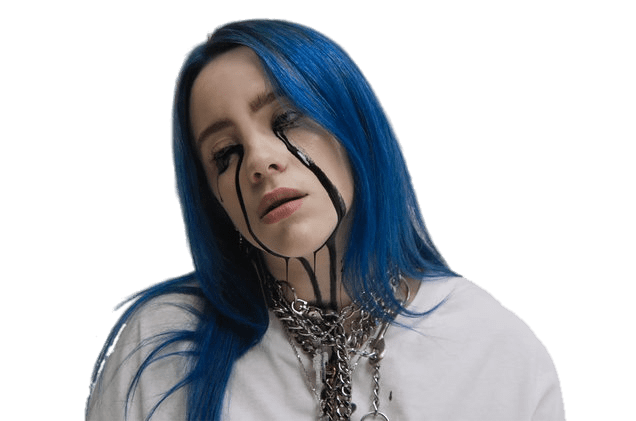 Every musician has a theme, whether it derive from their aesthetic or something that resonates with them and their art. Billie Eilish utilizes her fearlessness in order to help her music stand out and also to ruffle the feathers of anyone who tries to step on her toes. Billie released her song “You Should See Me In A Crown” on July 18, 2018 and immediately received attention for it as the music not only ran to the top charts, but how she advertised it had some people running as well.

Crowns may sit on heads, but spiders are not meant to be in a person’s mouth. Billie seems to think otherwise. For the song’s release, the artist posted a small video clip on her Instagram featuring her in all white clothing and a silver crown atop her platinum blonde head, as a spider crawls in and out of her mouth with the song playing in the background. Many of her followers were shocked by this display but as it goes, this is Billie’s aesthetic. It’s clear in her posts that she enjoys the simplicity in terror.

Even though it’s been several months since the songs release, it has continued to be one of her most played songs on Spotify. An artist named Takashi Murakami offered to create a music video for Billie, inspired by this specific song, and she accepted. Murakami has worked with Billie before as he painted a transcendent portrait of her in his own style and the two have been inspired by each other’s work ever since.

The music video was released on March 19 to Apple Music users only. The video begins with Billie’s animated character singing and dancing to her own song in one of her signature outfits, a green human figure (typically one you would find on a public bathroom door) with tilted shoulders, patterned on an oversized t-shirt and on her knee length unisex shorts to match. After the beginning, the character is in the middle of a circle with several different outfit choices surrounding her, all of them are made up of a baggy top or sweatshirt with matching shorts or sweats, all of which have a different pattern for each outfit, except the all black outfit Billie’s character chooses.

The character dresses herself in the all black outfit as she crouches down over a tiny city in which all the people within it are the green figures that were spotted on Billie’s first outfit. The most climactic part of the video is when her character begins to throb, appearing almost like she’s going to be sick, but instead, in a very detailed way, her pale body is ripped from the inside to reveal a spider’s body. Billie’s character’s eyeballs drip out of her head and instead, the sockets become empty crevices.

As she soon evolves into a grey and rigid spider, her neck reaches throughout the small city below her and she devours the green people at incredible speed. Whether this is a metaphor or not, I have yet to find out because I’m still processing the nightmares that have wonderfully invaded my sleep from this video.

Once Billie’s spider character has eaten everyone in the city, it vomits rainbows along with pieces of legs and arms from the people it swallowed earlier. Eventually, the claw toothed spider that is Billie Eilish drowns in the rainbow pool it created that has drowned the city and the video ends.

Though the video is closer to horror than kid-friendly, if you can handle it, it’s worth the watch. Regardless of the content, it is the quality of the animation and the clear effort that has gone into the creation of this video that sets the stage for future music videos, not just from Billie Eilish, but from other artists in this field.