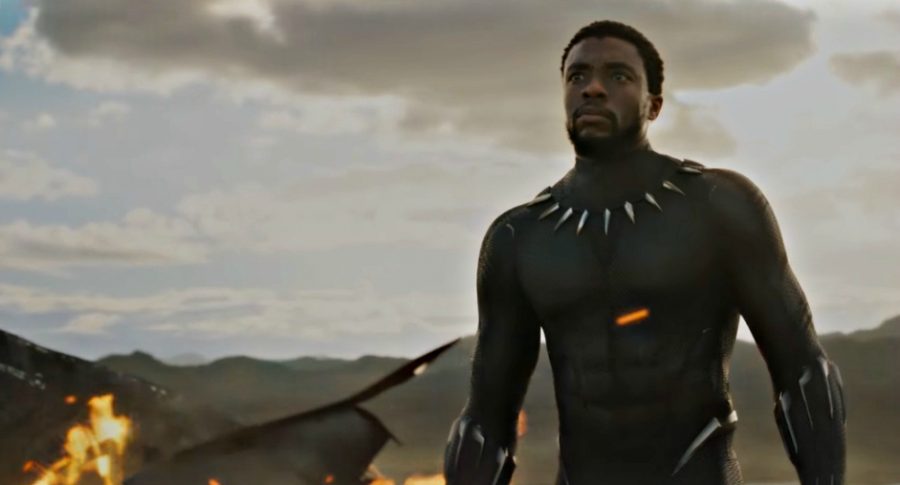 When Marvel first started, it felt refreshing, and revived. Marvel had rebuilt a genre. Now, not so much. We usually equate it to repetitive storylines, boring villains and an overemphasis on humor. But with “Black Panther” getting so much praise, we’ve got to wonder, is it all just hype, or it is truly a refreshing take on the superhero genre?

“Black Panther” follows T’Challa as he ascends to the throne after the events of “Captain America: Civil War”. So now T’Challa has to face all of the issues that being king entails, alongside being the Black Panther and facing villains such as Klaw and Killmonger.

With the movie being set in Africa, we see very few white characters in this movie, which was so refreshing compared to past Marvel movies. In addition, not only is the color diverse but also the gender with most of the main cast being women. Women being strong isn’t preached about through dialogue like in other movies, it’s shown.

But these aspects alone will not make a good movie, and “Black Panther” succeeds in bringing about new concepts to enhance its’ appeal. This movie contains a very character-driven narrative and when people sit down years from now and think back to it, I hope that the messages and emotion will resonate with them. A movie that makes the audience think as much as this one is a breath of fresh air for the run-of-the-mill Marvel action movies.

For emotion to show, the acting needs to be good. Thankfully Chadwick Boseman does a fantastic job as T’Challa. He sticks most of the poignant scenes and makes T’Challa such a good guy, the viewer cannot help but be on his side. He also succeeds at being terrifying as the Black Panther when needed.

Another standout actor is Michael B. Jordan as Killmonger, who brings such a new angle as Marvel villain that sometimes, it’s hard to say he’s in the wrong. Jordan has shown not only the authority that KIllmonger should have but also the backstory and sad tragedy behind all that power.

Overall, the characters and actors portraying these characters are a breath of fresh air due to its diversity. Not just by the color of their skin, but by the stories they tell and the world they’re creating for themselves.

Now where does this all fit? Wakanda is the center of the movie, and compared to other worlds, lands and countries in the Marvel Cinematic Universe, Wakanda is a standout due to it’s attention to detail. In comparison, Asgard from the Thor movies, didn’t feel as if it was a lived in place or even had history until the second and third movies.

Right when the movie starts the audience knows its history, and by the end, they know their culture. The movie shows this: the culture, a lot like how they showed how strong their women characters are; by actually showing the culture and not just having it through expositional dialogue like other worlds in this Universe. It also doesn’t feel like a Marvel world for all the right reasons.

The small Marvel-isms that make Marvel movies are done well here, but don’t overshadow the story they’re telling. Other Marvel movies want to connect to the bigger picture so badly that they make the hero’s story an afterthought but not here: it’s T’Challa and Wakanda and a little bit of the Marvel-isms.

But it’s not all perfect. One issue is the pacing isn’t great. During the last act, when Killmonger was doing his thing and all that, it feels a bit too rushed. For instance, some things should have been longer to express the struggle and the time passing.

But overall, this is a fantastic movie. It’s feels like new, fresh work from Marvel and maybe shows a new age of Marvel movies. For non Marvel fans: give this one a shot. Marvel has outdone itself with this one and you won’t want to miss Marvel at it’s best.