The misconceptions society has toward atheism 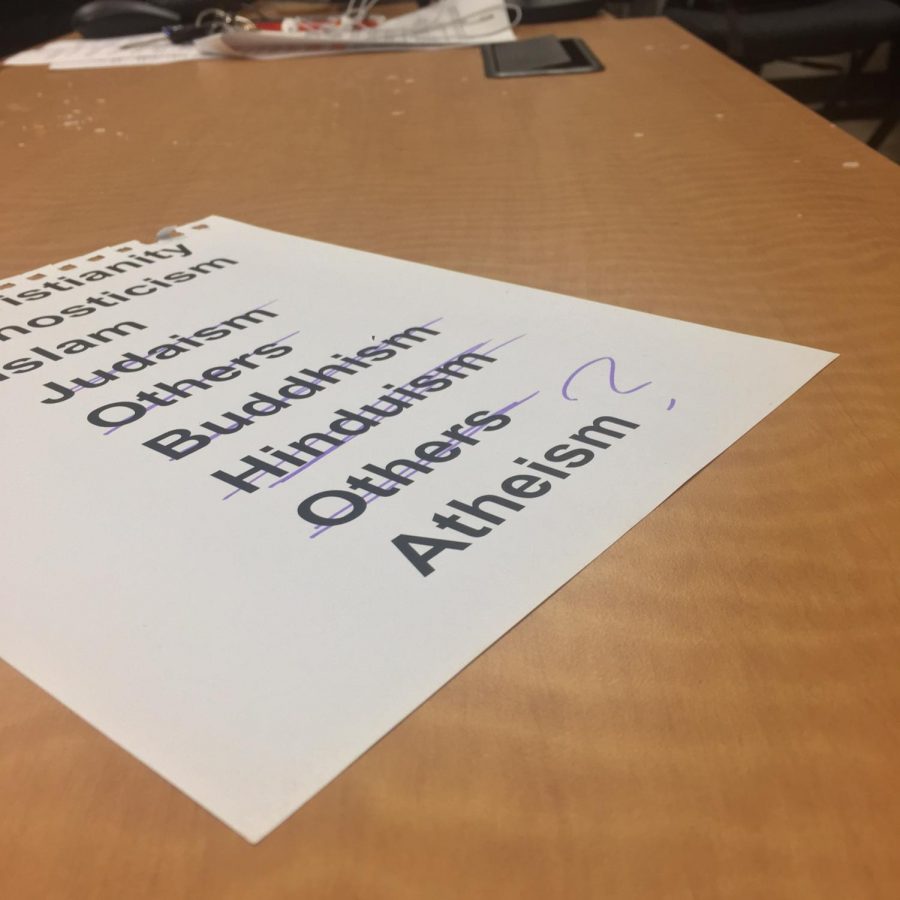 With the world being less literal with faiths and religions, more people are looking to atheism as an option.

According to Pew Research Center, the number of Americans who identified as atheists almost doubled in the past several years, jumping from 1.6 percent in 2007 to 3.1 percent in 2014 in a similar survey. That being said, more questions are being asked about the unconventional ideology, and a lot of these misconceptions come from trying to answer these questions.

For starters, here are a brief background on atheism; it is a very flexible belief that essentially defines an atheist as someone who doesn’t believe in the existence of any god. Atheists believe in karma and that things happen for a reason, but we simply don’t think events are caused by an omnipotent being.

Another misconception is that we solely believe in science or that science is the answer to everything, as if we worship or textbooks.

“Atheists believe that everything can be explained through science and logic,” said Jaimie Pope, a fellow Skyline College student when asked about atheism.

This is not entirely true. We use science to explain things, but we admit that science doesn’t have every answer right now and that our knowledge in science is still very limited. Most of us don’t always point to science first to disprove god, but we also rely on personal experiences and our views on different issues.

A lot of people also say we are immoral for not believing in gods. Morality doesn’t come from a belief, it’s the reasons you do the things you do. And doing things for the sake of doing good things and not to get points for our god.

The most mainstream misconception about atheists is that we hate the God in Christianity. Frankly, we don’t care if you choose to believe that. We will only say how we feel about our views if we are asked, yet a lot of people will take that as hatred towards their faiths.

Let’s put it this way, we hate other religions as much as an ordinary Christian will hate a Buddhist, and if you say, they don’t hate each other, that’s the point. Most of us don’t go out of our way hating on others, some of us do, but not all of us.

Overall, atheism is a great fit for some people and other people shouldn’t look down or make assumptions because they have a different views. To me, atheism opens my eyes to how the world works and raises the moral stakes because I do what I do because it’s my choice.