Day N Night was a banger for music lovers 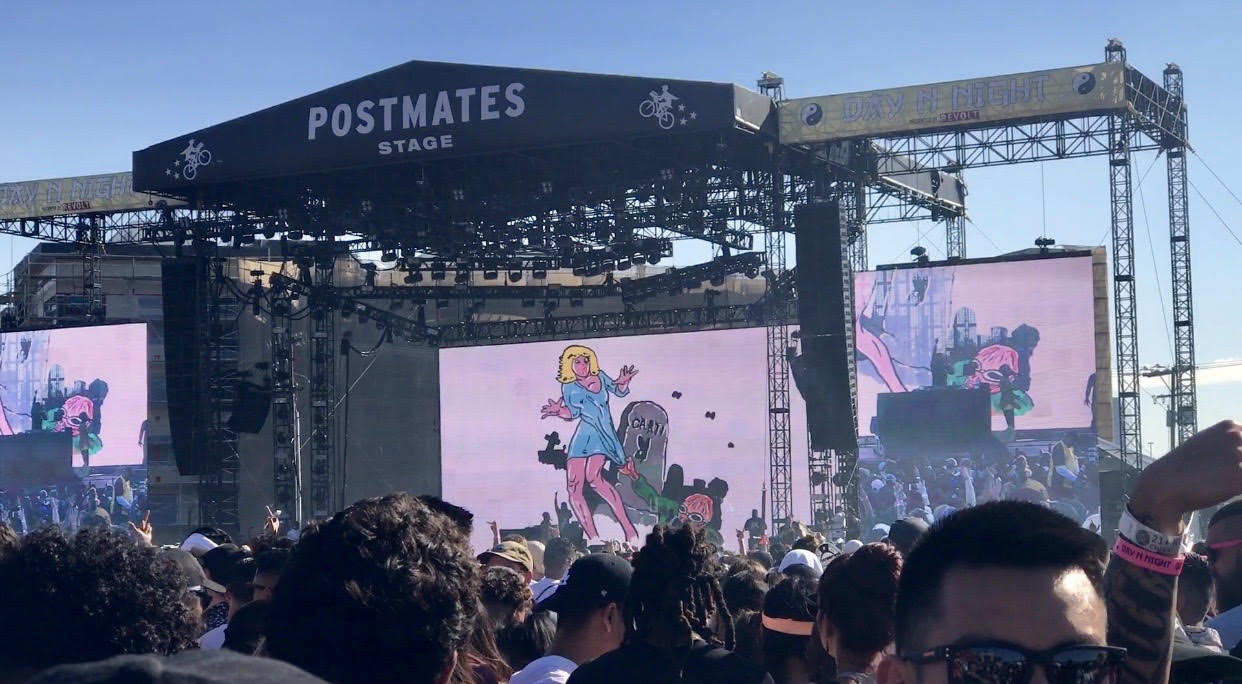 Travis Scott was the first headliner of the weekend. Known to have raging crowds, he did not disappoint. From dark love songs to amped up anthems, his performance set the expectations high for the other headliners. He performed his last few songs on top of a mechanical bird as the crowd vibed to his energetic and ecstatic music.

The following day, Chance the Rapper’s old-soul performance was refreshing and “holy”. Chance the Rapper’s set, which was backed by The Social Experiment, included songs from his most recent album “Coloring Book”. He carried slow grooves that were influenced heavily by soul and gospel music. An aura of happiness, peace, and redemption sounded through the speakers during his set.

Kendrick Lamar was the last headliner, and most unique of all, for Day N Night weekend. Complete with cinematic visuals and martial arts video content, Kendrick Lamar connected with his fans through his old and new music. For several songs, such as “Humble” and “Alright”, Lamar stepped back from his mic and let the crowd rap his own original lyrics word for word. It was truly impressive to see the crowd spew his lyrics as Lamar stood and watched.

The festival was also a platform for presidential opposition because we all know there’s no escaping politics. Politics is everywhere, which is why it wasn’t surprising that YG West Coast background and avid activism to start off his performance.

One of the first things YG exclaimed when he hit the Postmates Stage at Day N Night was a stab at President Trump. Fans thought they understood what was coming next, but the Compton rapper dedicated most of his show to party music and saved his famous, or infamous, single “FDT” for last, equipped with a stunning Donald Trump impersonator.

Once the audience saw the Donald Trump impersonator, they knew what song was coming next. The impersonator was on stage for some three minutes, acting out the part of the President.

YG’s performance had the crowd going crazy, not only because of his live pianist, but because he brought out strippers and his energy was off the charts. The crowd for YG was one of the biggest of the entire weekend, following Kendrick Lamar.

There were, unfortunately a few complications with permitted items. Day N Night goers were encouraged to bring sealed bottled water and/or empty refillable bottles on Friday, September 8. The next day, security confiscated sealed water bottles and emptied the contents of them before festival goers were allowed to go into the stadium. This was extremely frustrating as dehydration is incredibly prevalent during festivals, concerts, and raves. Security mentioned that festival goers were caught sneaking in vodka in their water bottles.

When security mentioned this, another wave of frustration passed over the crowd. Day N Night received backlash due to the lack of update on the permitted items.

The set times were not as big of a problem as some might think. Most artists had a set time of about 45 minutes, save for some of the bigger performances. There were short “intermissions” between sets, which did not interfere with some artists sets, though Daniel Caesar and 21 Savage were at the same time, most fans enjoyed the set times on the three stages.

Day N Night brought together some of the best artists of the decade. The festival was open to all ages, and that includes the setlist as well. The diversity at Day N Night was present in both their line up and crowd. The event was all ages and the line up featured 12-year old Matt Ox from Philadelphia, alongside some of the biggest names in modern rap and hip-hop.