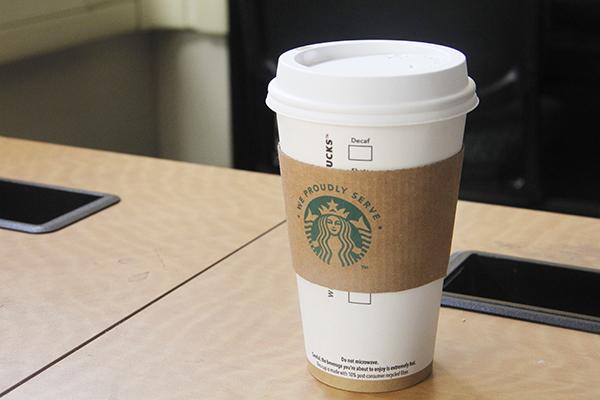 On April 1 Skyline announced that they will be banning coffee and other products that contain caffeine from here on out, after they received a report from the Association of Medication Education Organization of the United States of America (AMEOUSA).

AMEOUSA was hired by the campus to do the study 20-years ago, after they received complaints from teachers that students were often high on coffee during classes, distracting them and other student from doing class work.

“This can’t be allowed to continue, it must stop,” Skyline College student, Sumatra Bean, said. “it’s distracting me from learning, when my own classmates are high”.

To quote AMEOUSA findings: “The caffeine in coffee is a drug that’s activity causing drinkers to become addicted and, just like alcohol, it is harmful causing damage in peoples lives and their relations with friends and family.” Further more the findings argue that students are becoming addicted to caffeine during the semester,

Coffee will be banned throughout the campus, which means that coffee will not be available in the coffee shop, the cafeteria, and teachers break rooms. In addition, the ban also extends to not allowing students to bring any food or drinks that contain caffeine onto the campus. Students and teachers who break the ban will be placed on academy probation, while there record is under review by the Academy Committee.

“We must enforce the rule or else, what would we be?” said The Skyline Pretty Committee (TSPC) Club President Staci Harrod, in an interview after the announcements by the campus.

Yet despite the announcement not everyone is fine with the campus decision to ban coffee and all other produces that contain caffeine.

“We’re against this decision,” Skyline Student, Caturra Quarto, said. “They don’t understand that without caffeine, students will not be able to focus on school work. We need our coffee and tea. Hot cocoa isn’t going to get me through this semester alone.”

Quarto and other students are already moving to protest the decision with the support of the student government.

“We fully support the student body,” Skyline Student Senator, Go Ho, said. “The campus decision is against the interests of the student body and as can be seen here clearly today, the students are against it.”

In the press release announcing the decision, the campus mentions that the decision was made with the health of students in mind, as the findings from the AMEOUSA notes. Coffee addition is a major problem for Americans and students throughout the nations that can cause drinkers to suffer from headaches, fatigue, anxiety, irritability, depression, and cause difficulty with concentrating.