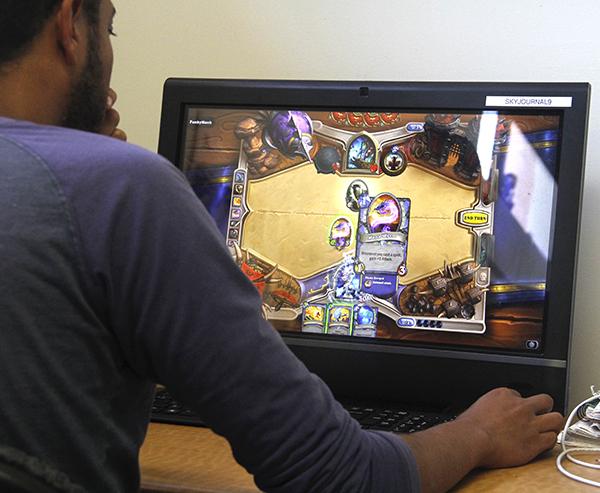 With the current rise in popularity of Major League Gaming (MLG), Skyline plans on introducing an extensive program of eSports classes.

These new classes are scheduled to be available by next spring semester. In the meantime, accommodations are being made for the program.

An entire building is being added to Skyline’s campus to house the new classes and the technology necessary for the program. The building will have various classrooms fully-stocked with top quality computers and at least 30 mini-fridges.

“There’s a lot of thought going into this process,” Mike Fletcher, head of construction, said. “We want to offer the students the environment they need to succeed in this field.”

There has already been some speculation about the types of classes that will be offered through the program. Similar to other degrees, students will be required to cover various facets of the major. Thus, classes will range from fighting games, role playing games and the good old first-person shooter. Students in the program will be required to take courses from each category.

Courses will also range from strategy in game-play to tournament training. There is speculation that classes on streaming will also be available.

One Skyline student is already planning on joining the program, for personal reasons.

“I’ve been trying to convince my parents for years that this career path isn’t a waste of time,” said Skyline Student, Alex Johnson.
Johnson also talked about his impatience for classes to start.

“It’s about time we had classes like these,” Johnson said. “MLG’s rapid growth is going to open up a lot of coveted jobs for students like myself.”
Along with the new building, a dean has already been chosen to represent this program.

Jeff Bridges (no relation to the celebrity), will be Skyline’s new Dean of Major League Gaming (MGL).

Bridges has a PhD in philosophy and has been unemployed since his graduation, four years ago. However, he plays various games on a daily basis and claims to be the most qualified person Skyline could ever find for this role.

“When I heard that they were looking for someone to represent the program, I had no doubt in my mind that it would be me,” said Bridges. “My day-to-day schedule is waking up, maybe showering, then sitting back down to play games for 15 hours straight. I haven’t blinked in six months.”

Before classes start in the spring, try-outs will be held to begin building professional teams to represent Skyline College in the MLG World Championships later this year.

Towards the end of the upcoming fall semester, tryouts for all categories of eSports will be held. Bridges will be in charge of leading the tryouts and choosing the official team.

“I’ve been practicing after school for the last few months to keep my skills sharp as the tryouts approach,” Weather said. “I just hope I make the cut. I’ve heard it’s going to be a very competitive elimination process.”

Bridges also added some insight for the potential teams.

“As long as students live by my motto: D.E.A.G, they are sure to succeed,” said Bridges.

He elaborated that D.E.A.G stands for “Drop Everything and Game”.

Students can meet with counselors in the following months to find out which of the program’s classes will be most fitting for their schedules.