Another day to celebrate Washington’s dysfunction 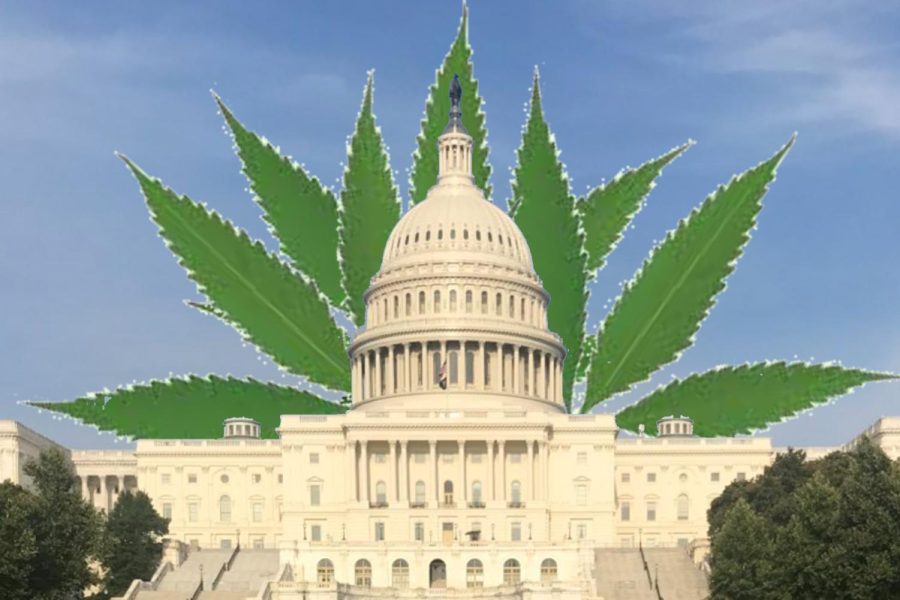 Washington continues to fall short of its mandate to follow the public will and legalize marijuana.

Another day goes by wasted as the federal government fails to legalize marijuana on the national level. Another day goes by as every negative consequence from barring banks from interacting with dispensaries to Americans being locked up for consuming a substance safer than both alcohol and opioids.

This is not an argument as to why weed should be legal, but a theory as to why our democracy has failed to deliver on an issue that has up to 91% support. The hint, our democracy isn’t as democratic as we might think.

While we have agency over who we vote for, the available options can be disappointing and elected officials are not required to legislate based on popular will. Even when those issues are solved, partisan gridlock kills any chance of a bipartisan solution.

In 2020, both major political parties put forth presidential candidates who would have the ability to take marijuana off the Schedule I drug list and who were not keen on the legalization or decriminalization of weed. This is in spite of popular support among the bases of both parties.

Despite popular support, both viable presidential options failed to reflect popular American sentiments. As voters, we need to stay involved throughout the entire election cycle to ensure that the general election is not a battle of lesser evils.

Even when elected officials can be persuaded to support marijuana legalization legislation, it is hard to get past the political stalemate that ails Congress. Democrats and Republicans have currents they sponsor in hopes of legalizing weed.

Unfortunately, neither side is willing to sign on to the other’s bill: Democrats hope to add social justice and economic regulations to any bill that would legalize weed; congressional Republicans would like to pass a bill that strictly legalizes weed without any of the aspects Democrats would like to include.

Since neither side is willing to compromise and 60 votes are needed to pass this type of legislation, both bills are likely to go nowhere. Despite popular will, an unwillingness to work together leaves us without legalization.

The dysfunction in our government and broader political system continues to stymie our democracy. As another 4/20 without legalized weed passes us by, we should take a hard look at the system that stops our democratic will.