The progressive pathway towards ending abortion 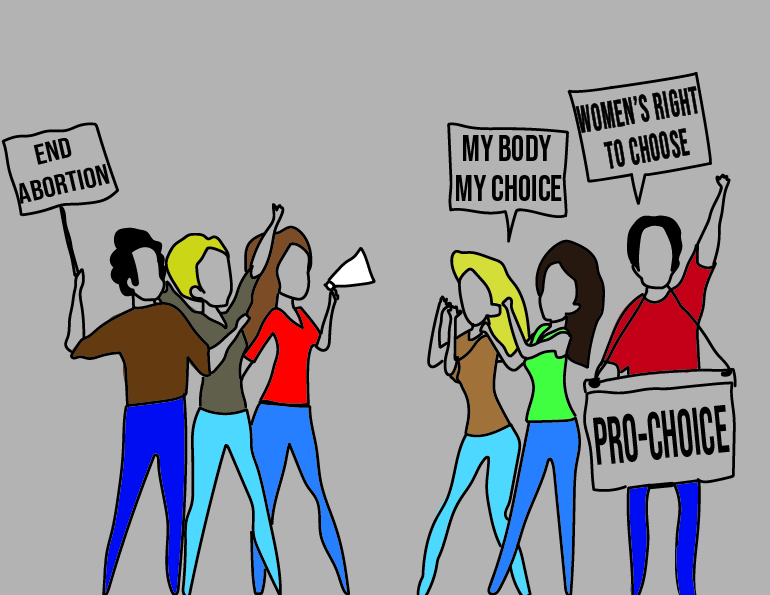 The debate over abortion is unproductive and contentious.

The contentious debate over abortion rights often leaves many walking away with the impression that liberal-minded people are “pro-abortion.” This misses the complex reality that many Americans are not in favor of the concept of abortion but are in favor of a woman’s right to choose.

Oftentimes the issue feels as if there are two sides with no nuance nor potential middle ground. This is the result of a debate framed by supply-side anti-abortion thinking. If we were to change the conversation to focus on the demand-side, many would find themselves advocating for solutions that would limit the number of abortions occurring each year.

The supply-side debate forces people to choose between the rights of female bodily autonomy and the rights of unborn life, whether that be potential or already existing. The question at hand is whether or not the government should allow the supply of abortion procedures to exist and to what degree?

In this debate, it is clear that a large majority of Americans will side with the rights of bodily autonomy. This is not inherently a glowing endorsement of abortion nor is it the acceptance that the procedure is morally ok. It represents the reality that when forced to choose, most people believe a woman’s right to control the future of her body is superior to the rights of the unborn.

To do this we must work to reduce the nearly 3 million unplanned pregnancies per year that occur within the United States, which result in abortion around 40% of the time. This can be accomplished by providing comprehensive sex education in secondary school and increased access to contraceptives to communities of interest.

Comprehensive sex education has been linked to both lower unplanned pregnancy rates and delayed sexual activity among teenagers. In other words, young adults wait until later in life to begin sexual activity and they are less likely to get pregnant when they do.

Even as we work to reduce unplanned pregnancies, they are inevitably going to happen. This is where expanding welfare programs and tax incentives play a crucial role in limiting abortions. Women need to feel like they can both financially support a child while also ensuring that the child will not derail their potential careers.

Programs like a child tax credit or paid parental leave could provide enough financial stability for unexpecting parents concerned with paying the bills or continuing their careers. General laws aimed at cheapening healthcare and improved economic conditions would also go a long way in providing the stability needed to bring a child into the world.

Ultimately, the demand-side approach will be unable to completely eliminate abortion procedures in this country. There will still be women in need of them even if every measure above is enacted. However, this is also true with supply-side solutions. Banning abortion procedures only makes the practice illegal, it does not and cannot end the practice altogether.

If there is no way to completely solve the problem, we might as well take up the solutions that do not conflict with a woman’s bodily autonomy. The progressive way — the demand-side way — is the best pathway forward towards ending abortion.