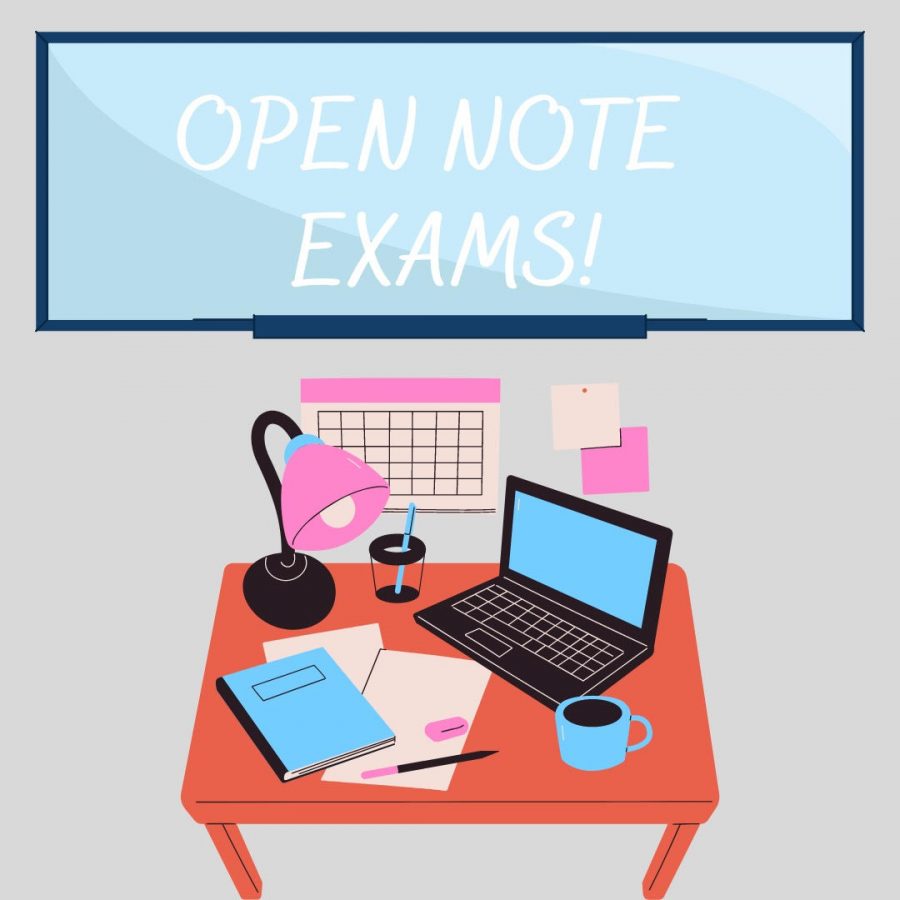 Pandora’s box has been opened and there is no reason to close it.

Open note tests are one of many silver linings laced over the tumultuous past few years, one that does not need to go away in the coming weeks and as Skyline opens up in the Spring.

Due to the inherent lack of control a professor has during Zoom compared to that of an in-person classroom, many professors opted to allow their students to review notes while taking exams. The logic being: if you can’t actually stop them, why say they can’t?

The upside is clear for students, students that take notes at least. With more resources at one’s disposal, there is a greater likelihood that any given student will perform better on a test.

That logic loses value as professors gain the ability to watch over students as they take exams in the classroom.

While the deal is good for students, many professors would argue notes inhibit their ability to evaluate how much students have learned. This metric is important, but it is not necessarily what they are testing.

The average test is evaluating a student’s memory retention while under stress. This says little about what a student has learned, how much a student has studied or if a student has gained a broad understanding of course concepts.

Notes, however, show a student’s engagement with the course and its content. It is the physical embodiment of their work and preparation. This is far more valuable than simple memory retention, which is rendered relatively useless due to modern phones. Anything can be searched up in a matter of seconds.

For those who are still convinced that memory retention is important, many studies show handwritten notes improve memory retention. Open note tests would incentivize students to take more notes.

The keyword is handwritten. The notes that should be allowed on tests and exams going forward should be handwritten only.

Online notes have multiple failures, the largest of which is the ability to copy and paste, bypassing learning altogether. Beyond lacking many of the aforementioned educational benefits, they are incredibly easy to plagiarize and spread.

The ideal scenario would be an open note exam that is limited to handwritten notes. Students should be allowed to bring any amount of notes to an exam, it’s about the effort they put in. Additionally, all notes should be turned in to the professor at the end of class with a student’s name on them. This will deter plagiarism and give professors a chance to guard against it.

As we move towards finals week and the eventual reopening of Skyline, professors should make open-note exams the norm, not the exception.