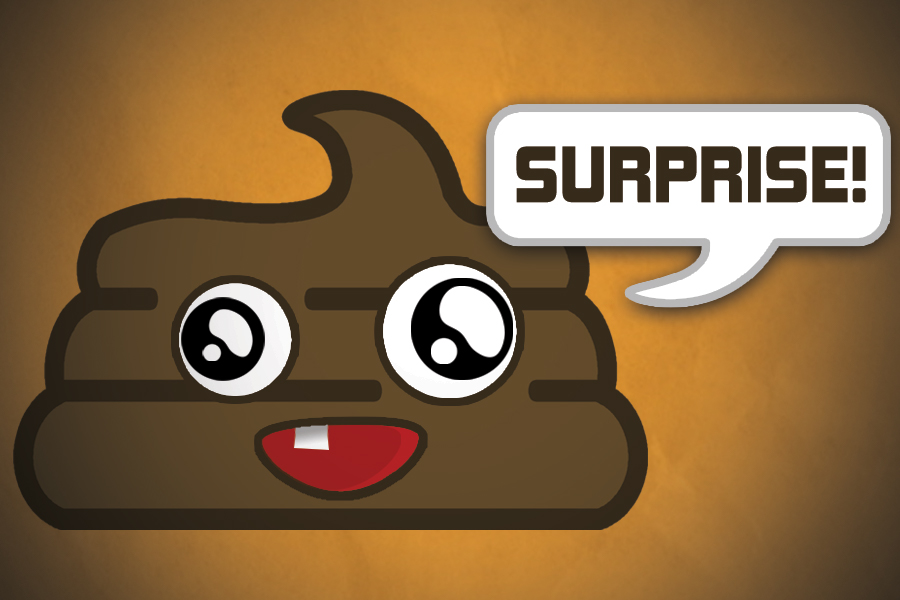 Jack Nicholson said it best in the 2007 film The Bucket List: “Never trust a fart.”
It’s happened to the best of us — One minute you’ll be standing there thinking, “Aw jeez, I’ve got some gastrointestinal distress in the ol’ digestive tract. I’ll simply release an innocent toot to relieve the pressure.” The next, you’ve pinched an accidental loaf, made a premature deposit, unwillingly unloosed the caboose. You discover, to your horror, that you’ve “sharted.”
For those who don’t already know, shart (/SHärt/) is defined by Oxford Languages as vulgar slang which can be used both as a noun and a verb, meaning to “expel feces accidentally when breaking wind.” It is the combination of two words, composed of the last three letters of the word “fart” which follow the first two letters of a four-letter word that probably needs no introduction.
If you haven’t experienced your very own shart, then I’ve got good news for you: You probably will. Aside from common causes such as diarrhea, constipation, and getting blackout drunk, the likelihood you’ll experience fecal incontinence of some sort rises with age.
“It is most typically seen in people who are older than 65, but it can happen in younger folks as well,” said Emily Risk, a registered nurse at the Skyline Health Center. “It can happen as a result of many different things. Most commonly it’s due to diarrhea or constipation.”
If you’re reading this and you’ve got a relatively healthy anus, you may be thinking, “Nah, that’ll never happen to me,” or “I don’t have to worry about this, I’m not old enough,” or “Woah, that guy said anus,” but it’s worth remembering that a commonly reported symptom of COVID-19 has been diarrhea, a familiar friend of the humble shart. So if you have some unintentional deuce-droppings, keep that in mind and maybe get swabbed.
“There are so many symptoms that relate to COVID-19, digestive symptoms are one of them,” Risk said. “Diarrhea can be one of them, and with diarrhea sometimes comes fecal incontinence.”
She also points out that diarrhea is a symptom that “not everybody gets, but it’s one of the many and varied symptoms of this nasty virus.”
You may ask, “What if I shart?” First, it’s important to always completely evacuate your bowels whenever the need arises. According to Healthline, sharts can be a normal occurrence when you’ve been holding in a bowel movement for a while, or when you’ve got some stragglers from your last dance at the porcelain palace. Making sure you’re all clear in the rear should fix you right up. But, in the event that you experience an incident (on a Zoom call for class, for example) simply excuse yourself for an embarrassment-free clean-up. Nobody will be the wiser — Unless, of course, you’re sheltering with a friend.

All in all, sharts are nothing to be ashamed of. The human body is a mess, constantly intaking and expelling liquids and solids, a lifelong parade of food and excrement until the day we die. Ask any one of your professors to tell you about the many ways their bodies are slowly embracing entropy and prepare for a glimpse of your future.
In the meantime, drink lots of water, eat a fiber-rich diet, and remember that sharts don’t have to be embarrassing — They can be comedy gold.