Irony in the LGBTQ+ Community

The U.S is one of the few countries where same sex marriage is legal and an open-minded and progressive culture towards LGBTQ+ youth and adults is often present. However, there have been instances in which lack of empathy towards and immense ignorance concerning our very own LGBTQ+ people have had a counterproductive effect on what the community stands for. There is validation for people who describe their identities as something more than what the dictionary says. There is validation for people who are constantly figuring themselves out. The best we could do as members and as allies alike is to be there providing support and acknowledgement.

A group named the “LGB Alliance” advocates for the rights of lesbian, gay and bisexual people, but excludes transgender people. On their Facebook page, they make the clear distinction by stating, “Sex is binary. Not a spectrum”.

They do not account for gender non-conforming, non-binary, or transgender people. The content they upload is geared towards advice and studies to persuade viewers that to be transgender is to have a mental illness. An example of their content is the perpetuation of the idea that to transition from one gender to another is a social contagion that affects both adults and kids. This kind of attitude is what fueled Trump’s transgender ban back in March 2019, which was a huge blow to the LGBTQ+ community. They are making a negative, exclusive statement concerning a whole group with whom they have no business.

According to the New York Times reporter Dave Phillips, “The Defense Department, after months of litigation and controversy over the issue, is establishing a new policy for transgender troops: They can enlist and serve, but only if they stick to their biological sex. No transitioning allowed.” These efforts completely ostracized transgender folks and forced them to stay hidden. Transgender youth and adults have always struggled in society with convincing others that they are valid. Thankfully, many people can see through the clouds of smoke by advocating for equity. There have been countless movements online and in the streets to repeal this ban.

On Pink News, an LGBTQ+-oriented news site, wrote a story about a bisexual woman who was kicked out of an LGBT bar for wearing a LGB Alliance t-shirt, due to transgender patrons feeling threatened by it. Someone who looks over this could see the way the bar went about handling this as counterproductive. Why would someone who is bisexual be excluded from an accepting bar? It’s because LGBT folk will not tolerate transphobia or homophobia from anyone, anywhere.

An issue that exists on social media communities such as Twitter and Instagram is that some users feel the need to correct other people’s sexualities and how they define them. We try to be advocates for others, but it can easily turn into aggressive nit-picking. This is concerning because there are teens and adults alike who are still figuring out their sexualities and identities. This can be seen when trying to differentiate between bisexuality and pansexuality. There are some Twitter users who claim that pansexuality is actually calling out bisexuality for being inherently transphobic. What we have to understand is that when the term “bisexuality” was first coined back in the 1800s, it is defined as sexual attraction to both men and women. In the United States today, many have the courage to open up about their identities and their truth. Therefore, to limit ourselves to what Google defines bisexuality as is very demeaning to everyone. Sexuality is fluid and it changes rapidly on a social level. A bisexual person has the right to date a transgender woman or man. A straight person has the right to date a transgender man or woman. There is no point in creating this selective barrier for other people when we like who we like.

The topics that I have brought up in the article are specifically oriented towards how certain groups in the LGBTQ+ community are more often forgotten or invalidated. While gay and lesbian have been the more recognizable sexualities in the sense that both young and old people tend to know how they are defined, they face barriers from inside the community, in addition to what they have internalized from when they were growing up.

This becomes clear when one remembers that queer-centered shows such as “Queer as Folk” and “The L Word” were the content available on TV back in the 90s and early 2000s. While they provided representation for gays and lesbians, it created an expectation that many straight people continue to hold that what they see on TV is exactly how it will be in real life. This includes the standards of masculinity versus femininity, and why this dynamic changes between gay men; that gay men live hypersexual lives; that they live on dating apps; or that femininity is a sign that a man is gay. 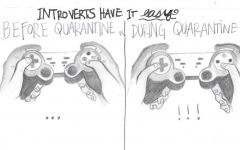 Coping With Shelter-In-Place as an Extrovert 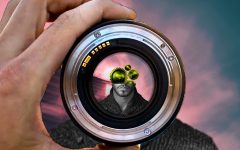 COVID-19 Seen Under the Lenses of Social Sciences 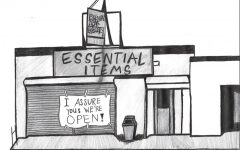 Life Remains the Same: The Mindset of an ” Essential” Worker 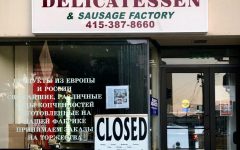 Small Businesses Might Be At A Point Of No Return 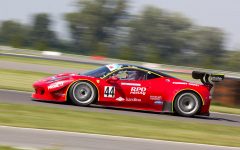