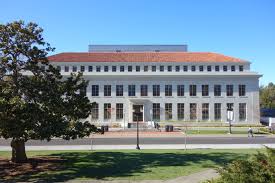 University of California colleges, otherwise known as the UCs are typically a destination point for many high school students and community college students who wish to attend the prestigious public research universities.

As the years have passed, the cost of higher education has dramatically increased. This has even affected many public universities such as the UCs.

The second plan suggests a more strategic fee increase plan. Under the second suggestion, tuition and fees would increase once for each incoming class as a cohort, but freeze that tuition.

Alternatively, under the second plan, the cost for the entering class of 2020-21 would increase by 4.8% and it means that students who were admitted into the institution earlier will pay less than those admitted later.

Raising the tuition fees for the UC colleges is not a great idea, even though their board would say it is a “benefit” to students by allowing them to receive more financial aid.

But then you have to ask: What about the students who are out-of-state? International students? In what ways would they be getting a benefit from the two proposed plans? And why are these decisions being proposed after the recent budget plan released by Gov. Gavin Newsom?

According to the University of California website, 64% of undergraduate students did not receive a pell grant for the Fall semester of 2019. In a press release released on January 21st of 2020 the UC Office of the President stated the following:

With these figures, it is safe to say that every year more transfer students who have attended community colleges in California are applying and being admitted to UC institutions.

With a tuition increase, it would become more difficult for these students to attend UC schools in different parts of California where we are all collectively already facing the pressures of increasing rent and cost of living.

The problem lies within the amount of money that the state is funding to the University of California. Recently Gov. Gavin Newsom has proposed a 2020-21 budget that will include more than $217 million in new, permanent UC funding. This is meant to help pay for student support, research, and specific campus programs.

The UC’s do face a larger issue of neglected infrastructure, needing new dorms and labs and salary increases. But the UC Student Assn. has opposed such a tuition hike and so has Gov. Gavin Newsom, because he says it is inconsistent with the goals of college affordability.

The increasing fees seem to be necessary to address the other financial needs of the different campuses (like Berkeley’s old infrastructure). But students should not have to pay for that since the cost of higher education is already high as it is.

Instead, the answer lies within California and allocating more money to public colleges so that the UCs do not have to impose any tuition fee increases. This would benefit both the students and the UCs that are looking to accept more students, and bring us closer to achieving California’s goal of making college more affordable.

It is also crucial that student associations are fighting against tuition increases. Instead of increasing tuition fees, it is better to find out where the money is being allocated, and how to cut spending in certain areas so that those funds can be used to help other areas that may need it. While budget cuts in certain areas are unfortunate, sometimes they are necessary in order to keep these tuition increases from continuing to occur.