Seeing Past the Screen 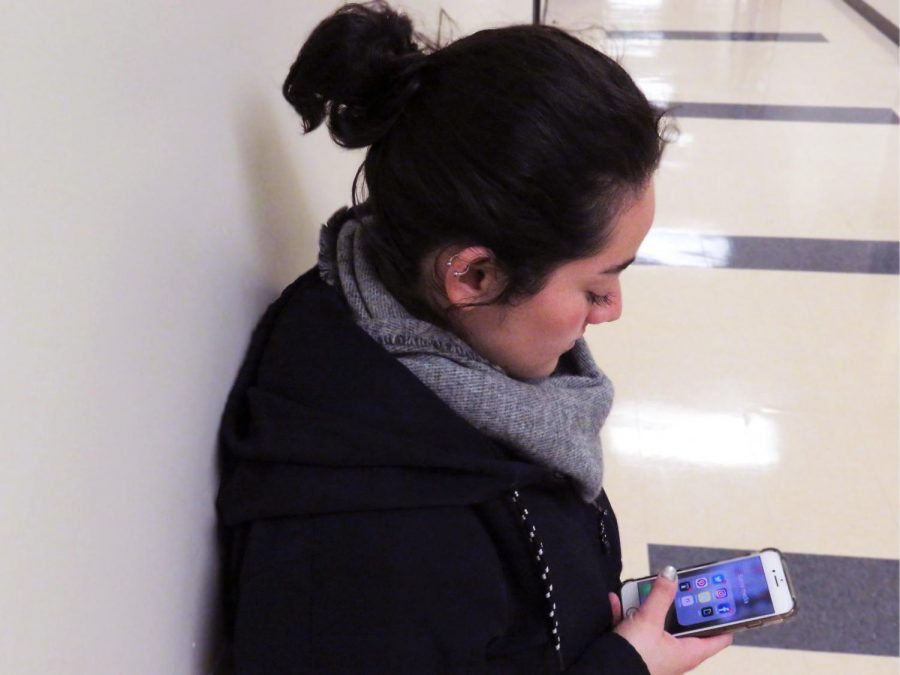 Being that I am a part of Generation Z, I have noticed that I am blessed in many ways. I have the ability to connect to many demographics, like different age groups and countries through the internet. While I acknowledge the privileges that I experience on a daily basis, I also know that it has negative affects on my productivity and mental health. I have found that it increases my anxiety which I come by on a daily basis because of the instant gratification that is available at my fingertips.

The deep ocean that the internet is has exposed me to several different means of communication. I made several friends in different cities, states, and countries. This ultimately allowed me to empathize more when it came to understanding the perspective of others.

Not only this, but I also have an advantage to previous generations because I am able to collect information from the internet. It has become a great tool that was not present in the past and stopped many people from achieving their goals.

In the span of 10 years the contrast between the mediums that people have educated themselves have changed over time. Previously students had their heads stuck in between stacks of heavy books consisting of dull pages and small text. Now the internet has allowed creative freedom for the individual to learn. Nowadays one can, virtually, learn how to fill a turkey or learn integrated calculus. It truly leaves the decision up to the user.

This leaves room for people, especially those in their youth, to freely express themselves through SNSs (social network sites). These platforms like Instagram, Twitter, Tumblr, and so on, give the user creative control to distribute content that they find important.

This freedom has given rise to a whole new generation of youths who are using their platforms for causes that benefit society. It has been a great tool for the awareness of issues which would have been otherwise ignored or forgotten. For example, through Twitter, the issue of police brutality and racism is much too prevalent on the timeline.

Another issue that enrages younger generations on social media platforms is the complacency of the U.S. government. It is filled with clips that depict gross injustices and make people aware of the issues which are at hand. It makes people angry. It makes me angry. And that is exactly the point of these platforms. To create a discussion.

Yes, while it is true that much of our contemporary youth uses social media sites for good, there are various risks that have been birthed in the midst of this technological boom. The Office of Adolescent Health states that “Teens share a lot of their personal information. A survey of over 600 teens from 2012 found that nearly all shared their real name and photos of themselves, and most shared their school name, birthdate, and the city or town where they lived.” Due to this increase of information distributed, the likelihood that personal information might be stolen and used for negative purposes also rises. This exposure leaves younger generations to open to risks like cyberbullying and online predators. It only makes sense that these factors are linked to mental health issues.

The Office of Adolescent Health also says that “there is also some evidence that frequent social media use may be linked to depression and other mental health problems.” The common population experiences more of the negative effects of social media such as anxiety. From my personal experience, I often become anxious at times due to a feeling of overstimulation. Almost like a drug, the moments which are heightened become extremely elevated, while the low ones become deeper.

This is clearly defined in the research conducted by the U.S. National Library of Medicine and National Institute of Health, where it is stated that “Positive interactions, social support, and social connectedness on SNSs were consistently related to lower levels of depression and anxiety, whereas negative interaction and social comparisons on SNSs were related to higher levels of depression and anxiety.” When reviewing this paper, it made sense that I often feel these differing emotions when I felt a low connectivity with others. It has become similar to a drug like crack, where its use becomes increasingly desirable. Negative impacts stem from the overconsumption of SNSs and a remedy is yet to be found.

There is something to be learned from the generations that preceded ours in that they did not have the same access to technology and media websites. This does not mean cutting out SNSs completely but rather reducing the amount which is taken in. With these steps we might be looking toward a brighter and more focused future.