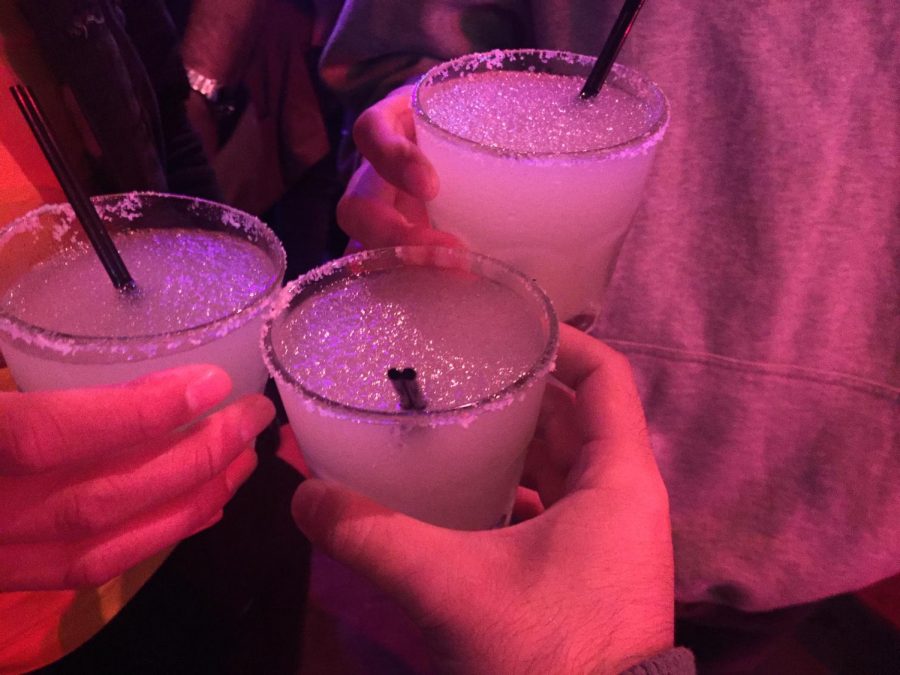 Illegal drinking is old news. Most people have heard incidents and accidents related to underage drinking and it felt like an issue that won’t cease anytime soon. With that being said, the current drinking age is inefficient in deterring youth because we still see underage kids consuming alcohol, leading to other larger social issues.

The problem with the current drinking age in the united States is that these teens were forbidden from drinking but they were considered legal adults allowing them to buy cigarettes, voting and even enlist to war. The drinking age across America used to be 18 and over but in 1984, United States Congress passed a new called National Minimum Drinking Age Act, that required states to raise their ages for purchase to 21-years-old.

“We technically are legal adults,” said Noel Angeles, a Skyline College kinesiology major student. “If the law sees us as one, we should be able to drink too.”

Most people associate drinking as a form of social activity and these young adults were stripped off that right, making them more inclined to partake so that they can be taken more seriously as adults. This mentality is common because we as human are always trying to do what we are told not to, simply for the thrill of it.

Another problem with the drinking age law in America is that it is preventing these young adults from learning to drink responsibly in a safer environment. All of the restaurants and bars are not allowed to serve alcohol to anyone below the age of 21, even if you are under the supervision of an older adult. This directly wiped out the chances that parents could have to teach their kids to drink responsibly.

“I say we should lower drinking age so that we can educate the teenagers of how to drink responsibly,” said Jessie Amital, a 22-year-old Skyline student when asked about the drinking age in the State. He believed that if we are taught about the pros and cons of alcohol consumption from the elders in a more familiar space in an earlier age, we would most likely not see alcohol as a taboo that can only be experienced at 21.

The current drinking age has also caused a high number of deaths among college students. Alcohol poisoning can be deadly if not treated on a timely manner and most of the time these college kids would not report to authorities or call the ambulance to seek for the help they needed in fear of being imprisoned or fined for breaking the law.

According to the National Institute of Alcohol Abuse and Alcoholism, about 1,825 college students die from alcohol related injuries each year and that number should seen as a red flag for the government to take action. If these kids were allowed to drink legally, they will be more inclined to ask for medical assistance when they are dealing with health issues related to alcohol consumption.

“Lowering the drinking age would stop the kids from getting the alcohol illegally,” said Jason Nacion, another kinesiology major student. “With Uber and Lyft, people are less likely to commit in drunk driving, making it safer for the youths now.”

Nacion also pointed out that lowering down the drinking age would make it easier for parents to supervise their kids drinking habit.

Some might argue that setting the legal drinking age to 21 is to prevent these young adults from drinking too early so that they would have a better judgement in their early 20s. In an article “A Lower (Drinking) Age Would Be Unsafe” by Laura Dean-Mooney, she argued that lowering the age of those who have easy access to alcohol would shift responsibility for underage drinking to high school parents and educators.

This feels like an act of pointing fingers as to who should be responsible to take care of these youths but as I mentioned earlier, it will be easier for parents to guide their kids into adulthood than just letting them blindly joining into a drinking society without knowing what they got themselves into. All of the underage drinking problems stemmed from unsure teenagers who might just need some guidance for them to know the pros and cons of the booze.

The current drinking age in the States is failing to stop teenagers from drinking and there ought to be a better way to help these young adults to control the way they consume alcohol. We have lost enough lives for this issue and perhaps it is time to reevaluate the current law and switch our perspectives to find a new solution to a decade long issue.