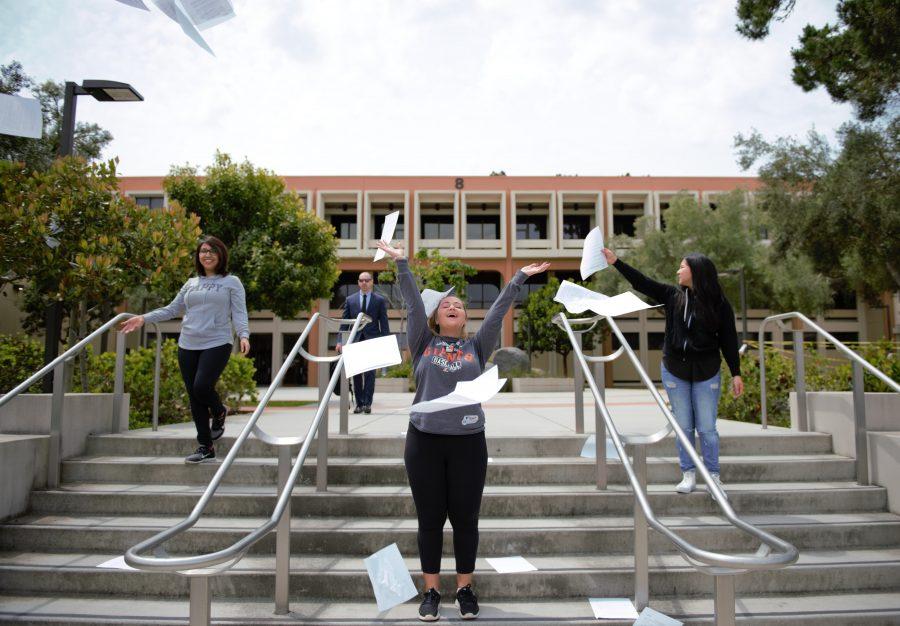 Students rejoice at the thought of summer.

It’s the end of another school year – at least for The Skyline View. We don’t publish during the summer, and many of us here will miss that fact.

Still, others are eagerly looking forward to summer and having some downtime. And, for some folks, that means no classes, just – ha! – just a 40-hour work week.

For others, summer is a time to keep on keepin’ on, to continue taking classes; classes for fun or classes for checking off more stuff on the general education list.

So, anticipating some relaxation – or not – has brought up the issue of stress – not the good kind that is motivating and energizing – but the kind that is toxic, that causes our brows to scrunch, our stomachs to knot, our heads to ache.

How much stress is based in objective reality? How much might be caused by something psychologists call, “free-floating anxiety?”

Clearly, objectively, life is not always easy or pleasant. But to function well and be responsible citizens, we require more information, more skills and more time. Time that we don’t seem to have. It’s as though the world is telling us to hurry up, hurry up and learn so you can hurry up and learn more and more.

And it’s become the norm for college students. Why? One reason is that someone, somewhere, told us that multitasking is a good thing.

Well, guess what. There is no such thing as multitasking. The word was invented by “corporados” to get their employees to work harder, faster, to increase output, to increase the bottom line.

What gets called multitasking is actually just shifting from one task to another – quickly. It is working while being continually interrupted.

A recent New York Times piece by Verena von Pfetten reported this: “A 2014 study in the Journal of Experimental Psychology found that interruptions as brief as two to three seconds – less than the amount of time it would take you to toggle from this article to your email and back again – were enough to double the number of errors participants made in an assigned task.”

The antidote to this industry-induced stress-maker is monotasking. “But monotasking, also referred to as single-tasking or unitasking, isn’t just about getting things done,” wrote von Pfetten. It’s “a 21st-century term for what your high school English teacher probably just called ‘paying attention.’”

So…whether your summer is about chilling, or working at a job, or going to summer school we hope you will carve out some time to just think. And breathe.