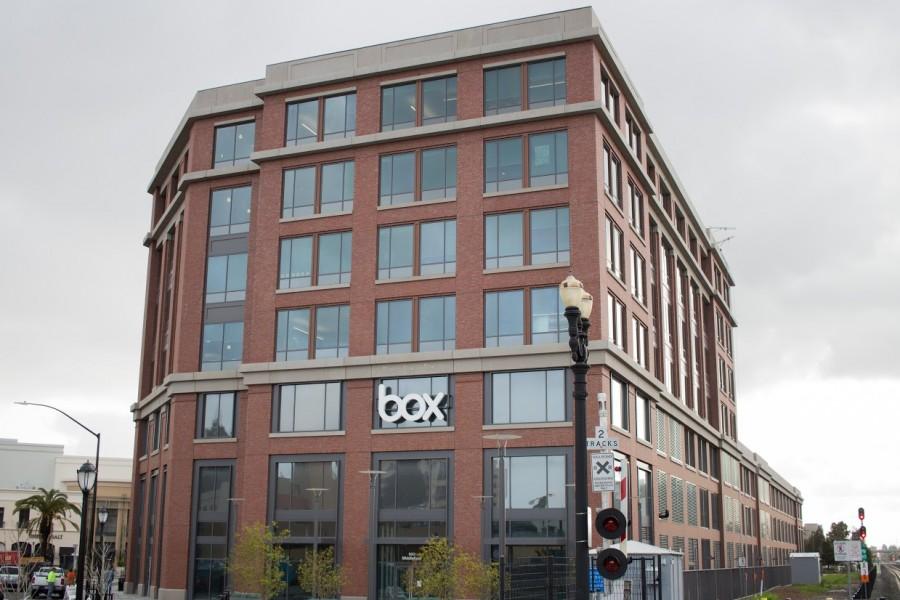 Box headquarters located next to the Caltrain station in Redwood City.

The ever-growing tech boom in the Bay Area has progressively become an obstacle for many of the locals.

With several of the major tech companies like Apple, Google, Twitter and Facebook basing their headquarters in and around the Bay Area, it is no wonder that the economy here is rapidly growing.

However, the rapid growth in the economy has brought about drastic consequences to the many people that can’t keep up with it. The economy has significantly increased the gap between the rich and the poor, and the high cost of living in the Bay Area has forced people out of the middle-income ranges.

A major problem facing the middle- and low-income residents in the Bay Area is the relentless rise in rent. According to The San Jose Mercury News, the rent has increased with an average rate of 10 percent over the past two years throughout the nine counties in the Bay Area.

Oakland has been hit the hardest, with an increase of about 13.7 percent, with an average rent of $2,806 for a one-bedroom apartment. With such a high hike in rent, residents living on minimum wage are struggling the most and are usually faced with two options: either they stay or they go.

Neither option is easier than the other. It is unfortunate that residents are forced to make such drastic choices because the cost of living in the Bay Area has become unreasonably high. UC Berkeley released a project called Urbandisplacement.org, which is a map that shows what parts of the Bay Area are at risk of displacement or gentrification.

Gentrification happens when wealthy people move in to already existing neighborhoods, thereby increasing the rent and property value for those already living in that area. The map shows that most of San Francisco is undergoing displacement, meaning that areas undergoing displacement are increasing the rent and it is becoming harder for people living on minimum wage to afford. According to UC Berkeley’s data, more than 53 percent of low-income households are facing the tough decision of whether they should stay or go.

The reason the tech boom is to blame for the displacement and gentrification in the Bay Area, is because they brought a plethora of new jobs without balancing out the housing situations for the influx of people coming in. Last year, Box, Inc., a cloudbased storage company set up their headquarters in Redwood City. Redwood City has been building apartment complexes during the past decade to house teachers, police and other lower-income families.

This would allow more space for the techies to move in. The influx of tech employees gave incentive to make the apartments more expensive. One particular development offers a one-bedroom apartment with a base rent of approximately $3,000. CBS Local reports that 134,000 new jobs were created in the Bay Area in 2014 and 2015. Unfortunately with this increase in jobs comes an increase of people. While the population grows faster, it is getting harder to supply the demand for housing, so the price of housing increases.

The steady increase in rent is only adding to the numerous amount of problems facing the Bay Area. For the most part, many people outside of the Bay Area see this place as a beacon for technological and social advances. The truth is, residents here are struggling, not only to keep their homes, but also to hang on to the vast culture that is slowly being overshadowed by the growing tech industries.