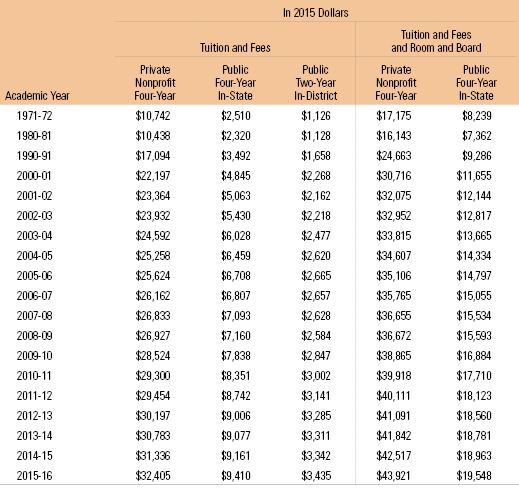 This February, the San Diego Community College District (SDCCD) Board of Trustees approved a pilot program to push forward on the America’s College Promise free college effort locally this fall.

College tuition has risen 87 percent since 1987. This has caused students to take out loan after loan, and struggle to pay them all off after graduating. The hope is that this new program will soon allow for community colleges in the Bay Area to implement the America’s College Promise free college.

Last year in January, President Obama proposed this program during his State of the Union Address. In effect, nearly 100 programs exist and many more are underway to push forward the Promise program. There are concerns however, over where the money would come from in order to achieve free community colleges. This is nothing new, U.S. citizens are always concerned about where the money will come from, and always assuming that they will come in the form of higher taxes.

In correlation to the U.S. Presidential candidates, Bernie Sanders wants to achieve free college education for the students to invest in our future. Again the concern of where the money is coming from has been asked, and Sanders has not given a clear plan on how free education will happen.

The program is estimated to cost $215,000 according to the San Diego Voice news website, and it confirmed it will be paid “with non-state funds.” Other efforts made will be done through fundraising, supporting the SDCCD’s three colleges, in order to continue the program.

The pilot program taking place in the SDCCD will ensure that the school funds, such as enrollment fees and books, will be paid for. Books will be an important expense, as the price of text books have also risen more than 1,000 percent since 1977, reported NBC News. And according to the College Board Organization website, an average full time college student at a community college will spend an estimated $8,003 on textbooks and supplies if there is no school aid from the 2013-2014 school year.

The San Diego program is said to have benefits which include students receiving $1,000 in grants for their textbooks and school supplies.
Free community college would be incredibly beneficial to our country. According to information gained from the California Community Colleges Chancellor’s Office, 70 percent of nurses are educated by community colleges, and community colleges are responsible for 80 percent of firefighters, police and EMT personnel that are around to save us. More than half of the graduates from California State Universities transferred from community colleges.

Students with a college degree from a community college will just about double their earnings in three years and the U.S Bureau of Statistics estimates that jobs requiring at least an associate’s degree will rise by 18 percent by 2020, having a higher rise than those requiring bachelor’s degree.
Proposed funding for the 2016-2017 year at this point is about $8.3 billion. That is just in California alone. Imagine if every state could contribute about as much funding.

College is very near to no longer being a luxury for those with dreams of a better life. It is now becoming a necessity to even gain an acceptable living wage. With this being the direction that the world is going, we need to make this the norm across the country.

The thought of at least free community college is what drives people to finish their degrees for college education.