More Than a Viral Meme 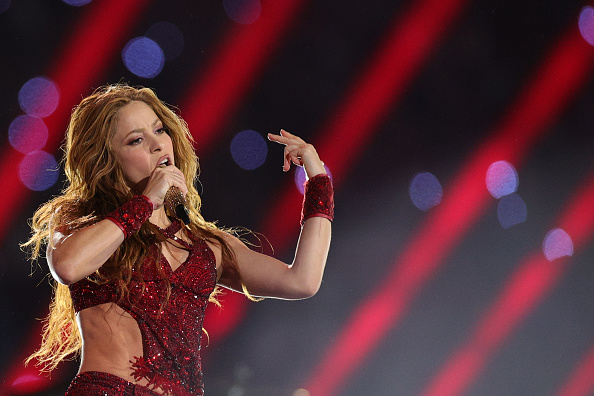 Last Sunday, during the Super Bowl’s half time show, at the Hard Rock Stadium, Shakira, the Colombian singer went viral. It was not only for her amazing performance and proving once more that her “Hips don’t lie” but that social media won’t stop talking about her tongue movement and the sound she made.

The artist made a Zaghareet or “lolololoeeesh” which is an expression or Ululation, to express happy emotions, this is produces by emitting a high pitched loud voice accompanied by a rapid back and forth movement of the tongue, and the internet won’t stop talking about it during the next 24 hours, some people even called it “weird” or “sexual”and felt somehow offended without even knowing the cultural meaning of it.

Shakira Isabel Mebarak Ripoll was born and raised in Barranquilla, Colombia, but her dad is Lebanesse and while growing up she was always very close to her dad’s background.

@oksheesh commented on the performance’s Youtube video section: “We as an Arab community felt recognized and celebrated, she has been always recognized as Latina, and even when she did not grew in Lebanon she keeps giving credit to her roots.”

According to the last census made in Colombia the biggest Arab community in Colombia resides in Barranquilla. They are mostly from Lebanon her dad’s native country.

Shakira grew up in a city with a mix of cultures and folklore. The Carnival of Barranquilla is one of Colombia’s most important folkloric celebrations, and one of the biggest carnival in the world. The carnival has traditions that date back to the 19th century, It’s proclaimed a cultural masterpiece of the nation, and we witness a taste of it during her performance,

Shakira wrote: “I want to thank Colombia for giving me the Mapalé, the champeta, the salsa and the Afro-Caribbean rhythms that allowed me to create the Super Bowl halftime show that I dreamed of more than a decade ago” on her instagram post.

This show has been commented as one of the best half time show performances but also the one with the most political and cultural statements. Jennifer Lopez and Shakira, not only used the ululation to show their roots and cultural backgrounds, but those two strong women are apart of a minority who used this platform in one of the “most traditional american games” to show how cultures unite. It’s what really makes “America great again.”