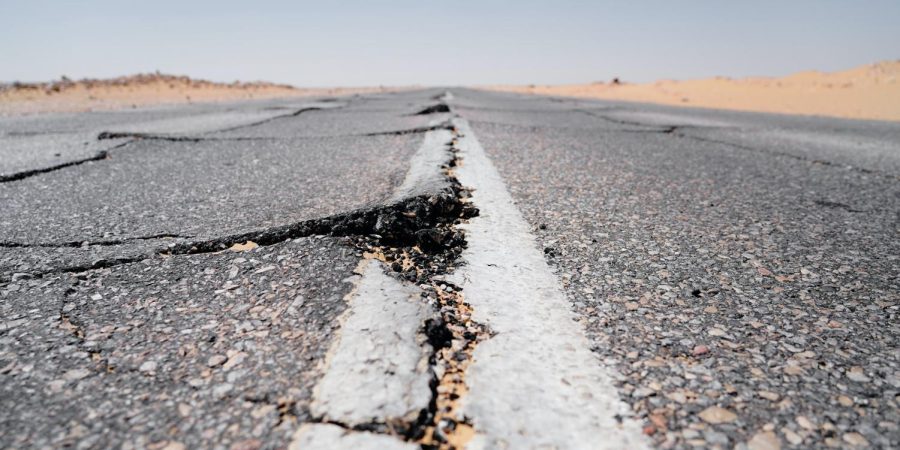 Skyline’s campus is located along the San Andreas Fault line.

Experts around the country are warning that a large earthquake could strike the Bay Area at any given moment.

According to a recent report in USA Today, scientists have created a hypothetical scenario to prepare residents for a jolt along the Hayward fault line, a location they describe as an “inevitable” victim of the next big California earthquake. The last one to occur at this fault line was in 1868 when an estimated magnitude of 6.8 rocked the region.

Since the notion remains that California is “due” for its next big earthquake, the U.S. Geological Survey (USGS) is now predicting a 51% chance that a major blast can rock the state within the next three decades. USGS also says there is a 75% chance that Los Angeles is affected by a separate quake around the same time as the expected one in the Bay Area.

Since the Bay Area is home to a high population, such an event would most likely result in hundreds of deaths and possibly north of $100 million worth in damages, the USGS reports. As a result, the importance of remaining ready can’t be any more important for residents living in the area.

“We can’t really predict earthquakes yet but we can look at the history of an area,” said Christine Hansell, a geography instructor at Skyline College. “When we say a big earthquake is ‘expected,’ we mean that there is likely to be a larger earthquake according to the historic patterns we have seen.”

Nidhi Patel, an assistant professor at Skyline’s earth sciences department, says earthquakes can cause a lot of damage to infrastructure and that can lead to landslides, rock avalanches and tsunamis.

Skyline’s campus is located along the San Andreas Fault line, an 800 mile stretch off the coast from the Northern cities in California down to San Diego. According to the campus security guide, students located inside are urged to stay put, drop, cover and hold on. Desks and tables are recommended objects to station under while the district’s public safety department warns against standing near doors.

“We know that the area around Skyline is on several active faults, so we can assume that there will continue to be earthquakes here,” Hansell said. “That being said, we are learning more about earthquakes all the time, and may soon have some ways to have more specific predictions.”

Hansell notes that earthquakes are among the few natural disasters that can’t hurt someone unless something falls on them. She says it’s important to be on the lookout for items — like bookcases — that have a high possibility of falling down. She also notes the importance of turning off gas after a major earthquake and being prepared with a kit if major damage occurs.

“Emergency kits should have a three-day supply of food and water for each of the members of your household, and any pets,” Hansell said. “It’s also a good idea to have three days of any medication you take. Other important items include: a first aid kit, a flashlight, a radio, and batteries for both, sturdy shoes, a non-electric can opener, and some cash and credit cards.”