Wordle has become a fast-growing social media phenomenon with users all over the U.S. 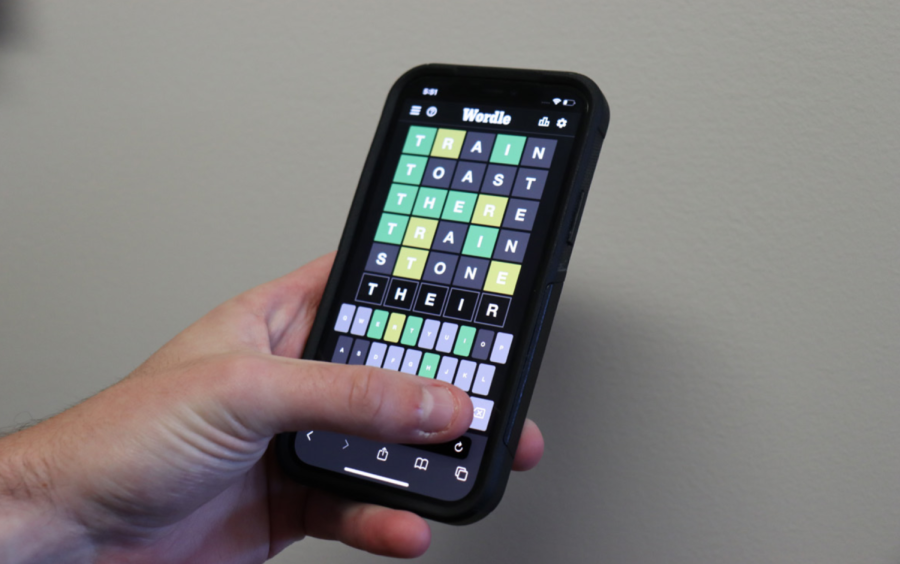 Wordle has risen as one of 2022’s most popular games.

A trendy, new lexical game has been taking up the free time of people across the globe.

The online phenomenon, “Wordle,” has grown to immense popularity over the past couple of months and quickly emerged as an activity that users look forward to daily. The strategic word-guessing game’s journey to prominence has also been a notable accomplishment, as the scrappy-designed idea has now profited over $1 million.

Wordle consists of a five-letter word that users must attempt to guess in six chances. Each day, the word changes. Once you punch in a legitimate word, one that is acceptable via Wordle’s dictionary, instant feedback will be presented on the screen to determine whether it was the correct answer or not.

Social media is often utilized for players to compare and contrast their respective scores. Since the word is often the same for everyone nationwide, publicly stating the answer is an unwritten no-no.

Colors play an important role in Wordle. A letter is in the correct spot if it’s highlighted green. A yellow highlight means the letter is featured in the word but is placed incorrectly. If the letter appears gray, it doesn’t exist in the word of the day. Gray words cancel themselves out and are shaded dark with the idea they wouldn’t be used for the remainder of the game. If the user can’t guess the word in six tries, the answer is revealed.

For example, if the ideal word is supposed to be “bunch” and the player’s first attempt is “munch,” the “U-N-C-H” will light up green while the “M” turns gray. The game could be considered complicated by some, but repetition is encouraged by longtime players.

“I just saw that a lot of people were doing it so I got curious and tried it,” said Marko Tanjuavio, a computer science major at Skyline College. “I just started putting down random words to see where it goes from there.”

Avid regulars of the game often have strategies they’ve learned to master along the way. Some like to make it a point to use their vowels right away while others have pre-planned words they plug in each day.

Tanjuavio’s starting word of choice is “crate,” which is highly regarded as a top option along with crane, sauce, slate, slice, alert, irate, later, tears and raise.

According to Wordle Stats on Twitter, most puzzles usually average somewhere in the 4/6 range.

The creator of the game is Josh Wardle, a New York-based software developer who initially created the game for laughs and giggles with his partner during the COVID-19 pandemic in January 2021. After exposing the invention to a small circle, he opened it to the public in October 2021.

“That was never the goal, really, to make money,” Wardle told Time magazine. “The goal was to make a game that my partner would enjoy playing.”

Wardle’s creation now has a few million users each day and his success story was noticed by The New York Times. Nearly a year after first developing the mobile game, Wardle cashed in by selling it to the iconic publication for a profit thought to be in the “low seven-figures.”

“I haven’t noticed a difference in the game,” Tanjuavio said.

According to Statista, just over 20% of Wordle players are in the 18-34 range. The majority of players ––– widely considered to be the average age of mobile gamers ––– are in the 35-64 range.