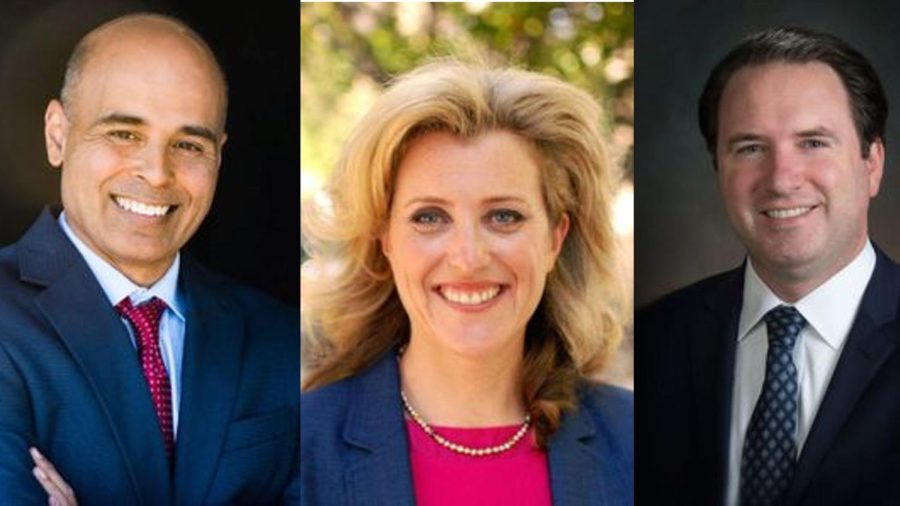 The events were a continuation of the town halls The Skyline View previously reported on last month. Leaders from the Associated Students of College of San Mateo (ASCSM) as well as Dr. Jennifer Taylor-Mendoza, president of the College of San Mateo facilitated the discussions.

“I’ve seen our politics, I think, become far more toxic recently than they’ve been in a very long time,” Mattammal stated. “More than any other reason — that’s actually why I am running for Congress — is to help restore Americans’ faith in each other as Americans.”

The congressional hopeful laid out a conservative platform based on free market principles. Universal health coverage and a climate change proposal were signaled out as issues where a conservative approach could supply results that liberals would be happy with.

Like previous town halls, student panelists also highlighted issues pertaining to minority and underserved communities. On the topic of undocumented students, Mattammal expressed his belief that providing a pathway to citizenship would be preferred to create a new set of programs.

“I talk about a pathway to citizenship, I think it needs to be both tough and fair,” Mattammal stated. “I think the way to ultimately address the issue you raised is to bring people out of the shadows of being undocumented and bring them into being in fully documented status.”

Watters’ opening pitch was an anti-establishment message taking a dig at professional politicians. His statement included a pledge towards honesty and transparency.

“I am running on a radical honesty platform where I have no connections or obligations to the establishment,” Watters stated. “I am looking forward to bringing transparency and radical honesty to Congress.”

“I am not a fan of recreational drug use, I think that medical marijuana for example is ok to tolerate,” Watters stated. “I just refer back to the arcade machines I played so many times growing up: winners don’t use drugs.”

His closing pitch mirrored the anti-establishment theme presented at the beginning of the event. Watters added that he would act as an alternative to professional politicians tied down by backroom deals.

Beach touted her courage and ability to stand up to the status quo. She noted her experience as a veteran, a businesswoman in Silicon Valley, a mother and a council member and mayor in Burlingame over the past seven years as reasons why she is best suited to represent California’s 15th District in Congress.

“We have an affordability crisis in this part of California particularly in greater Silicon Valley,” Beach stated. “Housing is such a huge part of it. There’s a lot of components of affordability but housing is the biggest ticket item.”

Beach embraced the federal government’s role in funding and supporting projects that are undertaken by local governments.

“People don’t build affordable housing because they’re nice, I wish they did,” Beach stated. “Even the nonprofits that specialize in building affordable housing, it has to pencil out, they have to pay for it somehow. That’s what the federal government is for.”

Beach signaled out her full support for a woman’s right to choose.

As of now, Beach is the only woman running to replace Congresswoman Jackie Speier.