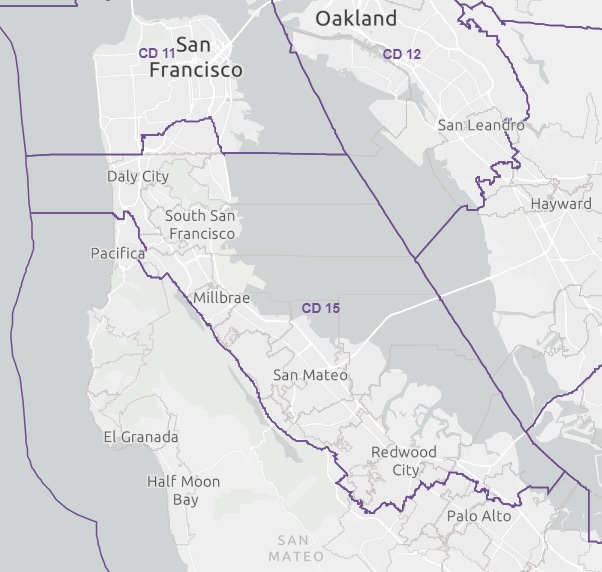 Republican hopeful Gus Mattammal will remain in the race to replace retiring congressional representative Jackie Speier. This comes after recent redistricting has placed him outside of the newly formed CA-15 congressional district.

“I will continue to focus my campaign on the new 15th district,” Mattammal said. “I’ve been campaigning here for the better part of a year, and my business is centered here, so I’ve been working with families in the 15th district for over 14 years.”

The newly formed 15th district was created by the independent California Citizens Redistricting Commission. The majority of San Mateo County and a section of southern San Francisco will make up the district. The new configuration will add Redwood City and East Palo Alto but cut out the County’s coastal communities, including Mattammal’s home residence.

“While I was dismayed to see that the part of the coast-side where I live was carved out of the 15th district, I nevertheless enthusiastically support the idea of nonpartisan commissions managing the redistricting process,” Mattammal said.

While Mattammal may not be living in the new district, there are no rules saying he cannot run to represent CA-15. The three main requirements include being 25 or older, a United States citizen for at least seven years and a California resident for at least one year. Mattammal checks all three boxes.

Mattammal believes he can reach voters through a solutions-oriented campaign posing the question of who will be the most accountable to voters.

“Who do you think will be more accountable to the voters?” Mattammal said. “A Democrat representing this very blue district, or a Republican like me, who would always be in danger of losing his seat if he didn’t focus very acutely on listening to the voters?”

The congressional hopeful will look to lean on the connections he has built over the past 14 plus years to compel his campaign to congress.

“My wife Jill and I have made this community our home by focusing intently on building relationships with the people in CD-15, and I will continue to do everything I can to ensure they have the representation they deserve in Congress,” Mattammal said.