The student-run event was District-wide and held virtually 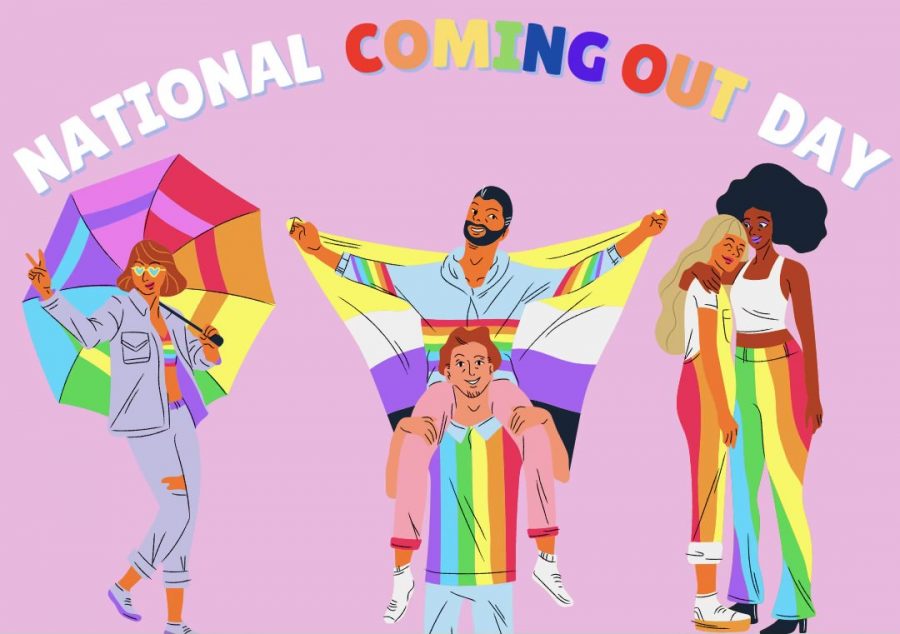 In connection with LGBTQ+ History Month and collaboration with the Intercultural Center, the Sexuality and Gender Alliance (SAGA) hosted their annual National Coming Out Day event on Oct. 25.

In a virtual Zoom meeting that was opened up to the entire District, roughly 25 individuals participated in the student-run event, which featured in-depth stories from different panelists consisting of faculty, staff, students, and community members. In those discussions, the panelists touched on gender, sexual, racial and ethnic identities across numerous generations.

“Whenever the Intercultural Center has the opportunity to support students in exploring their identities, finding community, and working towards social justice, we are always able to witness the effectiveness of the events we co-host with them manifest throughout the event; especially when levels of engagement and vulnerability increase throughout the event,” said Allen Ocampo, Skyline’s Program Services Coordinator.

The event featured conversations that reflected painful trauma and personal narratives among many other themes. Some of the certain talking points raised awareness on dealing with different cultural mindsets, the process of coming out publicly as LGBTQ+, media representation of the community.

Considered a safe spot and a place for confidential and emotional conversations, the meeting wasn’t recorded nor could the personal information be shared outside of the space.

“At the beginning of each Intercultural Center event, we go over our community agreements to establish a certain culture for the space,” Ocampo said. “Additionally, we let participants know that we value their vulnerability and we explicitly mention that we don’t record any of our events that open the floor up for personal sharing.”

Before the last two years ––– where Coming Out Day was a virtual event ––– the function was hosted in the quad on Skyline’s campus and was a rather large and visible demonstration. SAGA President Oliver Tinoco wasn’t available to attend the event until the District moved to distance learning in the Spring of 2020.

As a goal, Tinoco’s hope is for Coming Out Day to serve as a reminder to students across the District’s three campuses that they could rely on the safe space for resources that were unique and exclusive.

“It has always been about helping others for me and I think that events like this help in putting those aspirations to action,” Tinoco said. “In terms of how it helps the college community, I think it provides an example as to what student leadership and initiative can do for the campus.”

SAGA’s mission statement emphasizes the club’s goal to work together with the college and the community to increase understanding and acceptance of the LGBTQ+ community at Skyline and in society. Another goal they have is to provide safe spaces to support, educate, and assist all students and promote constructive conversation about topics related to gender and sexuality around campus.

The alliance recently scored a big gain when Skyline recently introduced a new LGBTQ+ focused course, Social Justice 130: Introduction to LGBTQ+ Studies. The campus will offer it every other semester. Further down the line, they’re hoping to create a Pride Center, an idea that was in negotiations between the Intercultural Center and the Skyline Equity Department as recently as Spring 2020.

“Whether it is issues with pronoun usage or a lack of sensitivity with issues relevant to not just the LGBTQ+ community, but all minoritized identities that exist here on Skyline, there have been enough instances to give us more reason to push for visibility so our students and staff know that they are respected and there are initiatives keeping them in mind,” Tinoco said.

“We have also gotten a lot of positive feedback from staff who have touched on the fact that if they had had something like this when they were still in school, it could have made their journey just a little bit easier,” Tinoco said.

There will be another Coming Out Day event hosted by SAGA on Wednesday, Nov. 3 at 4 p.m. on Zoom. The club has made it clear that the events are safe and inclusive to all, regardless of how one identifies themselves.

“We have also gotten a lot of positive feedback from staff who have touched on the fact that if they had had something like this when they were still in school, it could have made their journey just a little bit easier,” Tinoco said.