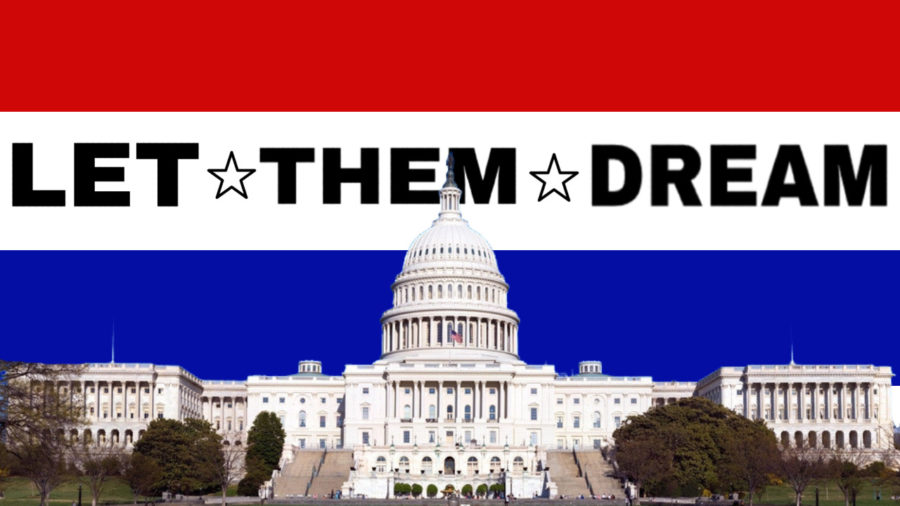 The DREAM Act passing through the House is a big victory for those who arrived in the U.S. as children

After more than a year of uncertainties looming over those to whom the DREAM Act applies, the House acted to permanently protect its “Dreamers” on March 18.

In a close-call vote of 228 to 197, the House passed the DREAM Act, making way for more than 2.5 million undocumented immigrants who arrived in the US as children.

While this is a huge milestone for “Dreamers”, people are still skeptical about it being passed in the Senate. The bill lacks the bipartisan support that it requires to pass in the senate. Chad Thompson, director of SparkPoint at Skyline College and an administrative supervisor for the DREAM Center, said he was concerned about what the future holds for the bill, despite it moving forward to the Senate.

“I’m also worried that we’re going to have a lot of sadness and a lot of frustration with hitting walls again,” Thompson said. “There are glimmers of hope, there’s a spotlight, but there’s language here seems to be a roadblock.”

While the Biden administration considers this “a critical first step in reforming our immigration system”, Luis Escobar, Skyline’s dean of counseling, argued that while it is indeed a step in the right direction, it is not a “comprehensive immigration policy”.

“It just wasn’t as comprehensive as I think was previously discussed,” Escobar said. “And from what I’ve seen is that this version of it is good enough for both Democrats and Republicans. In essence, it’s kind of meeting in the middle to get it passed.”

For years, students all over the US have worried about getting an education without a clear sense of how they would then be able to earn an income with the degree they would receive. Rayan Abuzahriyeh, an English major at Skyline College and a member of Fighting for Immigrants Rights and Equity (FIRE), described how he remains doubtful about the future.

“I’m super, super thrilled about it right now,” Abuzahriyeh said. “I hope the Senate passes it, but even if it gets passed, it’s going to take years to enact and I wonder if in four years — if we get a new president — does the bill, that will probably not have even been enacted yet, go away?”

With everything being remote, Skyline College still operates its DREAM Center virtually to answer immigration questions, or connect you with a DREAM Center ally on campus. The center can be reached via email at [email protected]