Conflict continues between Meghan Markle and the royal family in the aftermath of a tell-all interview with Oprah Winfrey. 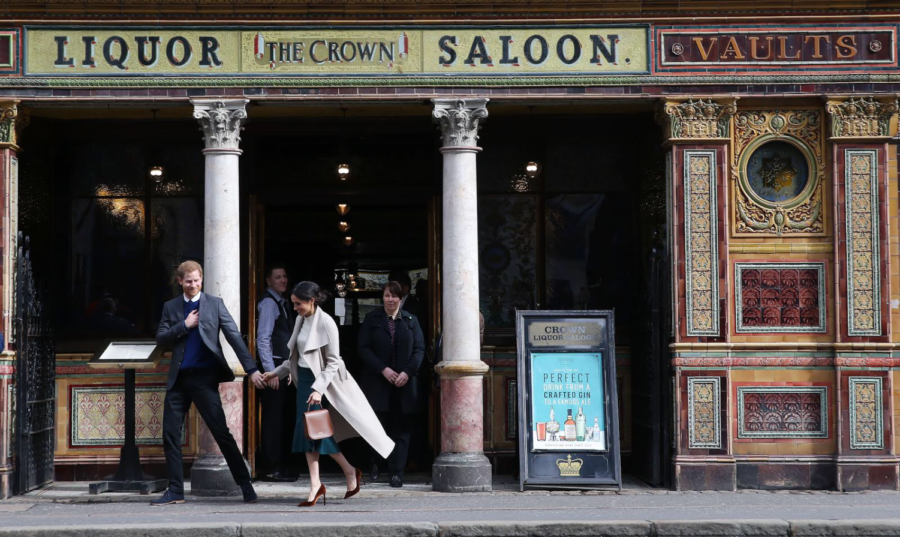 Over 244 years have passed since America’s official breakup with Britain, yet the British royal family continues to capture the attention of the American public.

In a recent interview with Oprah Winfrey, the American-born Duchess of Sussex Meghan Markle and Prince Harry alleged that members of the royal family made racist comments about Archie, the son the pair were expecting at the time.

“So, we have in tandem the conversation of, ‘(Archie) won’t be given security, he’s not gonna be given a title,’ and also concerns and conversations about how dark his skin might be when he is born,” Meghan said during the interview.

The alleged conversations took place privately between Prince Harry and an anonymous member of the royal family.

“The issues raised, particularly that of race, are concerning,” Buckingham Palace responded on behalf of Queen Elizabeth. “While some recollections may vary, they are taken very seriously and will be addressed by the family privately.”

The statement went on to say that Harry, Meghan, and Archie “will always be much-loved family members.”

Meghan would go on to touch on how tabloid persecution differed for her and other royals. She compared herself to the Duchess of Cambridge who was nicknamed “Waity Katie” by tabloids.

Over the past four years, British tabloids like the Daily Star have featured headlines like “Gangster Royalty” that were directed at Meghan and referenced her biracial and Crenshaw background.

“Rude and racist are not the same,” Meghan said.

While the Royal Family has not reached out to Meghan or invested her claims of unfair treatment by the press, the Palace has opened an investigation into Meghan’s alleged bullying of royal staff.
“Our commitment to look into the circumstances around allegations from former staff of The Duke and Duchess of Sussex is being taken forward but we will not be providing a public commentary on it,” a Buckingham Palace spokesman said.

“Let’s just call this what it is — a calculated smear campaign based on misleading and harmful misinformation,” the Sussexes’ spokesperson said in response. “We are disappointed to see this defamatory portrayal of The Duchess of Sussex given credibility by a media outlet.”

In the following week, Gayle King has reported that conversations between Prince Harry and the royal family have occurred. However, no one has reached out to Meghan.

[email protected] checked in with Prince Harry & Meghan this weekend: